Redding City Attorney Barry DeWalt will recommend a 45-day moratorium on all activity related to recreational marijuana, including outdoor cultivation, establishment of dispensaries and commercial sales.

DeWalt will make his recommendation to the City Council on Tuesday. The council is expected to go along with his advice, which would buy the city time in determining what it can and cannot do under Proposition 64, the voter-approved initiative that legalized recreational use of marijuana.

Redding's only rules apply to medical marijuana use. Patients can grow up to six plants indoors. As for cultivation, processing, delivery and retail sales of the drug for recreational use, there are no provisions.

DeWalt is targeting the Jan. 17 council meeting to address how the city can regulate cultivation, then sales, storage and processing. The council could then direct staff to work with the Planning Commission in coming up with rules. Those would be kicked back to the council for its consideration.

"We want to move as quickly as possible," DeWalt said.

The law, which went into effect on Nov. 9, gives local government authority to ban outdoor grows and set the rules for indoor grows. Landlords have complete authority to allow or not allow recreational use in their properties.

Already the City Attorney and City Clerk's offices have fielded a few inquiries from people interested in what the rules are in Redding.

As part of his research, DeWalt has been consulting with his colleagues in the state. The California League of Cities has put on webinars. At some point, he also wants to be able to talk with counterparts in Anderson, Shasta Lake and Shasta County.

It may be June before the city has drafted rules.

The moratorium would expire on Feb. 4 if the council approves it next week. But it can be renewed twice. The first extension is for 10 months and 15 days and the second for a full year.

Mayor Brent Weaver said 45 days is only the starting point.

"We don't even know all of the questions we should be asking," he said.

The discussion will raise the question of whether the city lets dispensaries move in again and where. The city closed medical cannabis collectives in late 2011.

Councilman Adam McElvain has said shutting down those shops was the wrong decision and noted how Shasta Lake with its two dispensaries saw $365,000 in tax revenue come into its coffers in 2015.

Councilwoman Julie Winter has said with the use of marijuana comes an increase in crime.

Weaver said he looked forward to seeing the council have more time to become educated on the issue.

"We will comply with Proposition 64 while also respecting people's rights and knowing that people will not want to see dispensaries in certain parts of our town," he said. 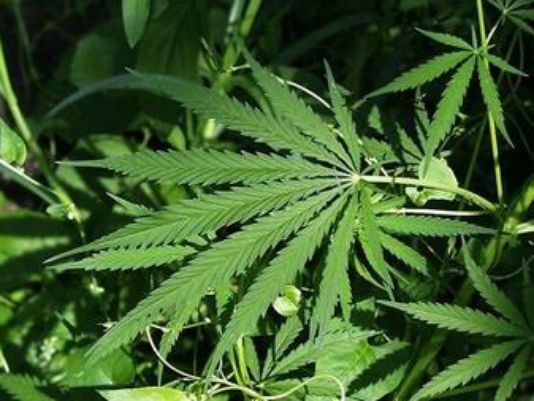