Proposed rules for establishments that plan to deal in recreational marijuana in San Diego are scheduled to be taken up by the City Council for the first time Tuesday.

The regulatory package, which would update the city's Land Development Code and Local Coastal Program, will come before the council members one week after they extended a moratorium on new recreational marijuana businesses from 45 days to full year.

The temporary ban was designed to give city officials time to develop applicable laws, and will be rescinded once the regulations take effect.

Recreational use of marijuana was approved by California voters in the November general election.

The measure immediately legalized possession, transport, use and transfer of marijuana for people aged 21 years or older. It also immediately allowed personal indoor and outdoor cultivation of up to six living marijuana plants at a private residence.

The new state law also provides municipalities with the authority to regulate marijuana-related activities and to subject such enterprises to zoning and permitting requirements, city officials said.

According to city documents, the initial proposal would be similar in nature to the rules imposed on medical marijuana dispensaries, with some modifications and additions. Recreational marijuana outlets would be permitted in the same zones, require a Conditional Use Permit, and be required to maintain similar security requirements and separation distances from places like residences and schools.

There would also be no more than four such businesses allowed per City Council district.

The city rules could also prohibit cultivation, testing and distribution of marijuana and marijuana by-products, and amendments could be added to restrict marijuana at special events.

Additional restrictions would be made that involve public safety, such as not smoking or vaping marijuana in public or at special events, prohibiting the processing of marijuana with volatile solvents, limiting personal cultivation to enclosed and secured structures, and requiring sales to people 21 and older, except for customers 18 and older who have a valid identification card.

The staff proposal would have the city regulations take effect when the state begins its own licensing program, which is scheduled to occur next year. 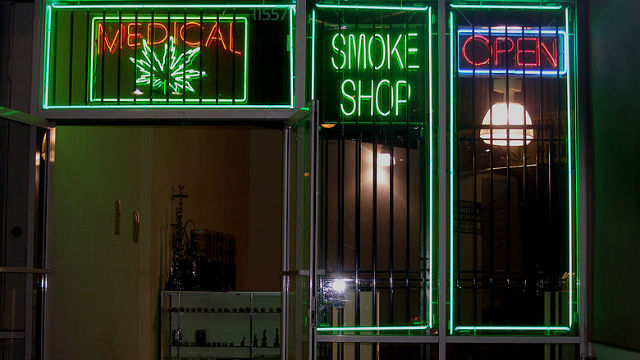