San Francisco's brand-new Office of Cannabis now has a director.

On Aug. 28, longtime City Hall aide Nicole Elliott was appointed to head the newly established department, which was formalized by the San Francisco Board of Supervisors on July 25. Elliott is now on the hook to deliver two reports by Nov. 1: one detailing how to keep costs down for medical marijuana, and another analyzing disparities across economic, race, and gender lines with respect to opportunities in the cannabis industry.

Elliott is a seasoned presence at City Hall. She will leave her post as Mayor Ed Lee's liaison to the Board of Supervisors to accept the director position. She also previously worked in Mayor Gavin Newsom's office.

With an annual salary of $149,459, Elliott's appointment to Office of Cannabis Director is a lucrative career move. But what made her the right person for the job?

As the San Francisco Chronicle's Phillip Matier and Andrew Ross explained in a recent column, part of the onus for Elliott's selection may stem from the fact that, following the retirement of Mayor Lee's top staffer Steve Kawa, Elliott's husband Jason was promoted to chief of staff. Since rules prohibit Nicole from reporting to her husband, it makes sense that she has shifted to a new position.

But "it's a bit of a risky move," Matier and Ross note. "Elliott, who is white, doesn't have all the diversity credentials that some members of the Board of Supervisors were pushing for, and she has no history in the marijuana business."

While many feel that an insider familiar with the intricate and evolving nature of the cannabis sector would have been a better choice, there are others who believe a neutral party divested of any personal interest or stakes in the industry will make an ideal director.

Elliott was appointed to her new role by City Administrator Naomi Kelly, who, in a letter to city department heads obtained by the Examiner, extolled the new director's unique qualifications to "assist the city with developing cannabis regulations and equity programs at a time when the state is moving swiftly in preparation for a 2018 rollout of commercial cannabis."

In a statement provided to the Chronicle, Elliott noted that her goals as Office of Cannabis Director include "equity and restorative justice, protecting our youth, ensuring product safety, and continued access to medicinal cannabis for patients, integrating cannabis businesses into neighborhoods thoughtfully and generating revenue for the city."

The Office of Cannabis will field a budget of $700,000, and include three positions: manager, principal analyst, and management assistant. Chronicle reporter Rachel Swan also notes that Mayor Ed Lee "set aside $665,227 this year for five new Department of Public Health employees who would help oversee permitting for medical cannabis dispensaries."

While Elliott will certainly bring a familiarity with the current Board of Supervisors into her role as Office of Cannabis Director, it's intriguing that Kelly opted to appoint her during the supervisors' summer recess, removing the chance for immediate dissent or discussion.

Anyone familiar with local politics will be unsurprised to learn that an insider has been given this important post, yet it's still disheartening to see requests from some supervisors like District 8 Supervisor Jeff Sheehy – for diversity within the Office of Cannabis staff go unheeded.

Sheehy – who sponsored the legislation that established the Office of Cannabis – has long been at the center of the medical marijuana revolution. Another supervisor, District 1's Sandra Fewer, has expressed concerns about ensuring that the forthcoming recreational cannabis market establishes better diversity than the tech sector, expressing her wishes that those previously affected by biased drug policy be given an equal chance to take advantage of the coming marijuana boom.

Across the bay, Oakland continues to raise the bar for how the recreational cannabis industry in California can serve as a lifeline to those previously and unfairly discriminated against for marijuana crimes. The Oakland City Council's plan to issue Equity Permits – offering local applicants unfairly targeted by the War on Drugs a chance to obtain a highly coveted adult-use sales permit, is by no means perfect but offers a viable blueprint for how San Francisco could proceed.

While it remains to be seen if San Francisco will follow through on its stated desire to follow suit, there can be no question that all eyes in the Bay Area cannabis space will be on Elliott and the Office of Cannabis in the months to come. 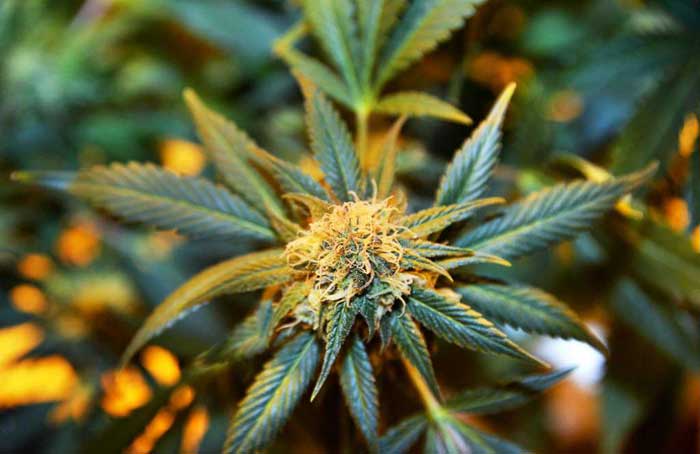 CA: SF's New Weed Boss Is Green To The Business, But She's Got Connections

CA: What Does Mayor Breed Mean For Marijuana