Correctly predicting that California voters would approve the legal use of marijuana, San Jacinto has been aggressive in setting up ordinances to regulate how recreational pot will be grown and sold in the city.

The latest piece of its plan was designating an area where marijuana could be grown outdoors as west of Sanderson Avenue and north of Cottonwood Avenue in the city's northwestern area. Outdoor cultivation is banned everywhere else in San Jacinto.

State law allows for up to six marijuana plants to grown inside a home for personal use, but most other issues related to marijuana can be regulated by local municipalities.

San Jacinto voters already approved taxing marijuana businesses. Also, the council has voted to keep other bans in place as its studies ramifications of the new law.

Russ Utz, who joined the council last month, praised his colleagues and city officials for their foresight.
"Doing it now gives us the possibility of getting some of those fees," he said. "We're out ahead of most of the cities in the county."

Utz mentioned that neighboring municipalities could allow cultivation and sales, so San Jacinto needs to make sure it's not squeezed out of potential revenue.

The four other council members vehemently opposed marijuana use before the election. Utz said he is not a fan of pot, but realizes the city can't close its eyes to the impacts of the new law.

"The fact is, the use at home is legal now, it doesn't matter what we like," Utz said. "I don't know that the attitude of a tea-teetotaler regarding the retail issues is going to be the way to quote-unquote protect the community."

The City Council's unanimous vote Tuesday, Jan. 3, clarified that commercial marijuana cultivation is an agricultural use, and limited it to the designated area.

Deputy City Attorney Mike Maurer said the clarification was important because the city allows some agricultural businesses to operate in areas no longer zoned for such activities. Those operations are designated as legal non-conforming.

"This is a mechanism that provides some clarity that is consistent with state law," Maurer said.

Providing the clarification for marijuana ensures existing agricultural property owners will not lose their legal status. The ordinance makes it mandatory that outdoor marijuana growers get a permit from the city and comply with land-use restrictions.

Anthony Wagner, a San Diego planning commissioner who runs an environmental consulting service that works with medical marijuana businesses, urged the council to allow the manufacturing and extraction of cannabis oils in its industrial zone.

Utz said such businesses could bring high-tech jobs to the city.

"I'm hoping we can get some of those jobs and the related income," he said.

A decision on such uses is expected in the future. 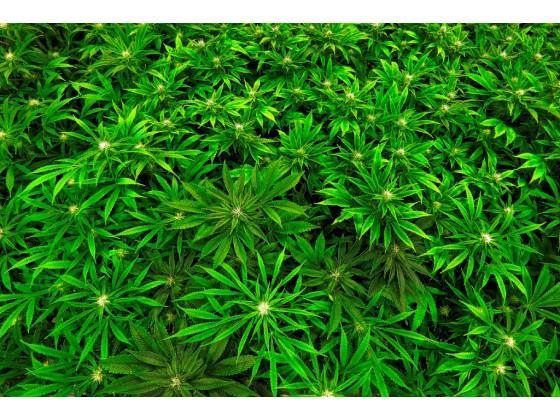