As cities throughout California welcome the sale of recreational cannabis in January, San Francisco lawmakers seem to be trying to squeeze the industry out – at least that's the view of one elected official.

The city that prides itself as birthplace of the medical marijuana movement is now contemplating rules that would restrict dispensaries from most of its neighborhoods, isolating them in a few tiny "green zones."

On Thursday, the Board of Supervisor's Land Use and Transportation Committee approved a 1,000-foot buffer – significantly larger than the state's recommendation of 600 feet – between every cannabis business and the nearest school. That would effectively prevent any new shops from opening in the Castro, large parts of the Mission and much of the west side. Supervisors Jane Kim and Katy Tang asked that the buffer be extended to child-care facilities, which would exclude much of the Haight.

Additionally, just about every supervisor has called for some type of neighborhood cap. Tang wants to relegate pot shops to a few tiny pockets of the Sunset. Mark Farrell asked that only one dispensary be allowed to operate on each major commercial corridor in his district, which includes the Marina, Pacific Heights and Cow Hollow. Aaron Peskin pressed for a ban in Chinatown. Supervisor Norman Yee asked his colleagues to prohibit cannabis retailers from opening on the ground floor of any building in West Portal. Ahsha Safai asked for a three-dispensary limit in the outer Excelsior.

These proposals infuriate state Sen. Scott Wiener, who is also a former supervisor. On Friday morning, Wiener posted a long Facebook rant, accompanied by a Planning Department map that showed the new prospective green zones – tiny dots on the northeast and southeast corners of the city.

Wiener expressed fear that his former colleagues are being swayed by a small but vocal group of cannabis opponents who pack City Hall for every hearing, insisting that the industry will bring crime and blight into their neighborhoods.

Yee defended his proposed restrictions for West Portal, saying that if he didn't react to the bans being introduced by his colleagues, then "every cannabis business would move into my district."

The Land Use and Transportation Committee will vote on the regulations Monday, and they will go before the full board on Nov. 14. 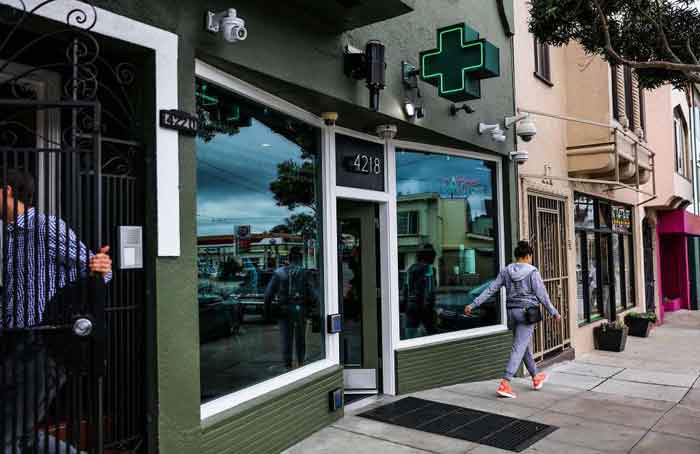 Nice article thanks for the news ! It's gonna be interesting to see this all play out.
Green Leaves and Good Vibes!

Vapor Pressure Deficit and What It Means to You!!