Suddenly, commercial property is a hot commodity in Shasta Lake.

Two buildings and at least two large vacant lots – one more than 100 acres – have sold in and around Shasta Gateway Industrial Park in 2017.

And it's no coincidence that the spike in activity in the business park and surrounding area is due to the city racing to position itself as the North State's commercial cannabis hub.

"It is the reason that you are seeing all the activity in the park," said Brian Hicks, who bought the former Wesflex Pipe building on Bronze Court in April. Shasta County property records show he paid $1,800,000.

Done in by the economic downturn, the 45,000-square-foot facility – which had been operated by Trenchless Pipe before it closed –has been empty for about five years. Now Hicks says it is drawing plenty of interest, including from those who want to use it to cultivate and/or manufacture marijuana products.

"There is interest, not all of the interest, from cannabis-related businesses," Hicks said.

Hicks also owns the former Unity Electric building in the park and at least three other vacant lots that also are generating interest from cannabis entrepreneurs.

Inside the former Unity building, NorCal Nectar is working toward opening a honey oil manufacturing plant. NorCal Nectar will use noncombustible CO2 rather than flammable solvents such as butane and propane to extract oil from the plants.

Tuesday's action comes after voters in August overwhelmingly passed Measure A, the Cannabis Business Tax Ordinance. Per the ordinance, the city could have charged as much as $26 a square foot.

"We hope to make people want to make that investment in our industrial area," City Manager John Duckett said of the route the City Council chose to take.

Also on the books in Shasta Lake are a commercial cannabis zoning ordinance, commercial marijuana regulatory rules and a business application and fee program for would-be cannabis businesses.

In his report to Council prior to Tuesday's meeting, Duckett wrote that the city is keeping a close eye on what other communities are doing with commercial cannabis and his staff is "acutely aware of competition both locally and statewide in the rapidly developing cannabis business."

Meanwhile, just south of Shasta Gateway Industrial Park is 170 acres that recently sold to Tim and Mike Enterprises. The property was formerly owned by the defunct Shasta Lake Redevelopment Agency.

"I believe they want to build what they call a 'cannabis campus' with some subdivisions," Duckett said. "They have not submitted any plans at this point."

About a 10-acre vacant parcel near Ashby and Pine Grove Avenue north of the industrial park recently sold to Shasta Lake Organics LLC, which Duckett says is working to submit plans for a marijuana cultivation operation.

Finally, the former King Cycle Group building on Iron Court in the Shasta Gateway Industrial Park recently sold to JLJB LLC. The new owners have applied for and received a provisional cannabis business license from the city, Duckett said.

Shasta Lake is the only jurisdiction in Shasta County that allows marijuana dispensaries, and the city benefits from that distinction, thanks to a tax approved by voters in November 2014.

The 6 percent gross receipts tax it places on its three marijuana dispensaries generated $571,419 in fiscal 2016-17.

"Out in the city of Shasta Lake we don't have any hotels or big shopping centers that bring any tax revenues to our schools or city. Half of our property tax goes to Shasta County, so we needed something to keep our city alive," she said. "This was a great opportunity for us." 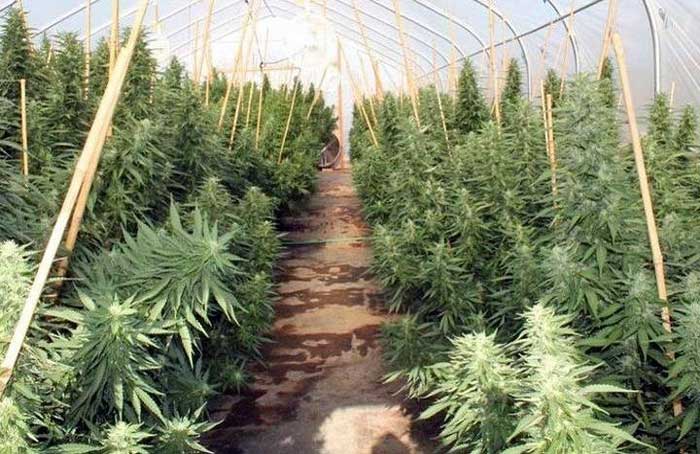