530 Cannabis in Shasta Lake is one of the first businesses in California to get a state license to sell recreational marijuana.

The store on Locust Avenue, formerly called 530 Collective, was one of 20 in California to receive a temporary commercial cannabis license from the Bureau of Cannabis Control.

The first batch of licenses was announced last week.

"It's very exciting. It's been a long time coming," 530 Cannabis owner Jamie Garzot said Monday morning. "We have been operating locally . . . for I think over eight years and we are, I think, the longest running dispensary between Sacramento and Oregon, so it's an exciting time."

530 Cannabis can start selling recreational marijuana Jan. 1, and Garzot expects it to be busy. She has hired an assistant manager and is looking to bring on two more entry-level employees before the New Year. Her business has 16 full-time employees.

She also will have two employees working security 70 hours a week, which she said is a new state requirement for commercial cannabis stores.

"I am projecting a 30 percent increase over what we are already doing," said Garzot, whose store sees between 150 and 200 customers daily.

But the jump in business could be even greater the first few days, weeks or months before it slows down.

Garzot changed her store's name to 530 Cannabis on its eighth anniversary in September to reflect the state legalizing recreational marijuana after the passage of Proposition 64.

"The word 'collective' becomes obsolete going forward and we want our name to be indicative of the new customer base we will be serving beginning Jan. 1," Garzot said.

Temporary commercial cannabis licenses will be issued to applicants with a valid license, permit or authorization from their local jurisdiction and become effective Jan. 1. A temporary license is good for 120 days, after which a permanent license must be obtained.

Shasta Lake is the only municipality in Shasta County where commercial cannabis activity is legal.

"If it remains at what we are getting now, that will be a good thing," Duckett said.

The city's other two dispensaries, Queen of Dragons and Leave it to Nature, have also applied for a state commercial license but as of Monday morning had not received it.

Stacy Hanes, owner of Leave it to Nature on Shasta Dam Boulevard, said Monday that she hopes to get her state license before Jan. 1 and expects to know more later this week. Hanes isn't sure how recreational cannabis sales will affect her bottom line.

"I have only been doing this for 18 months so I don't want to speculate," she said. "We have been getting a ton of calls, so I am assuming we are going to be busy. But I'm not necessarily making any changes or preparing myself that we are going to be massively busy because I don't like to speculate and be wrong."

One thing is certain, customers, both medical and recreational, will be paying more for marijuana. On top of the 7.25 percent sales tax, starting Jan. 1, a 15 percent excise tax will be tacked on to each sale.

Garzot has been educating her customers.

Meanwhile, recreational customers will be treated the same way, Garzot said. They will check in at the counter and then be taken to the showroom to shop.

"If somebody is a new medical customer, they still need to submit their documentation," Garzot said. "If they are a recreational user, they will have a choice of creating a profile, creating an account with us, if they want, or shopping anonymously." 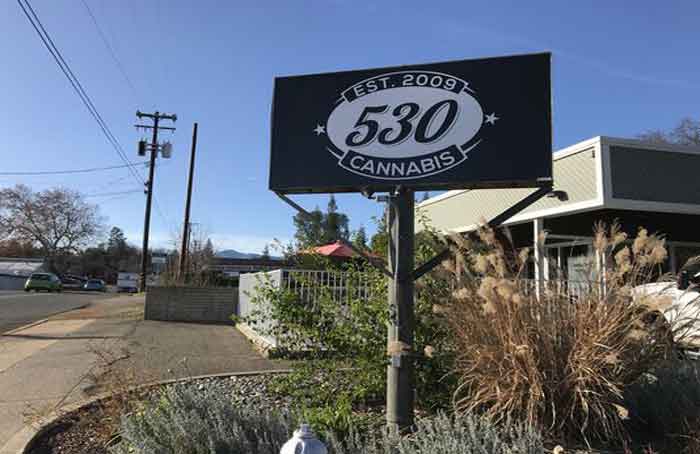