Modesto is considering allowing as many as 10 dispensaries – including up to three in downtown – as it moves to regulate commercial marijuana.

Councilman Mani Grewal, who serves on the council ad-hoc committee regarding marijuana regulations, said he expects much of the discussion to center on dispensaries in downtown.

"I think that will bring out a lot of people," he said. "I think a lot of (downtown) stakeholders believe downtown is not the right venue, especially if we want to make downtown more family friendly and attractive."

The city's definition of downtown is expansive, including its core – which is dominated by offices, government buildings, businesses, stores and restaurants – and its northern and southern edges, which are dominated by more industrial uses.

Grewal said he is not inclined to support dispensaries in downtown. The council will decide how many, if any, it will allow.

The proposed regulations limit cultivation, manufacturing and distribution to areas in the city zoned for industrial uses. Dispensaries could be in industrial and commercial areas, which could includes areas along McHenry Avenue, Oakdale Road and Yosemite Boulevard.

Modesto also is considering buffers between these businesses and homes, schools, parks and other land uses. For instance, a business would need to be at least 600 feet from schools, day cares and youth centers and 100 feet from residences.

The City Council will set the number of permits it will allow for each category of business. Modesto so far has only said it is looking at limiting the number of dispensaries to no more than 10. All marijuana businesses would need a permit from the council to operate. The permit is good for two years.

The city also proposes to require businesses to have extensive security, such as surveillance cameras. Employees would have to pass background checks, and the businesses would be subject to random inspections by the police.

Grewal said Modesto and Stanislaus County also are putting together an agreement that lets them share revenue from commercial marijuana businesses as well as work together to deal with the effects of these businesses. The county last week established its own regulations.

The city can impose a cannabis business tax of as much as 10 percent on businesses in Modesto. The city also will collect permit and annual fees to cover its costs.

Communities are putting or have put regulations in place as the state gets ready to start issuing licenses to marijuana businesses in January.

The council on Tuesday also will discus regulations for personal cultivation. Modesto proposes to limit it to six plants within a residence or fully enclosed and secure accessory structure on the property. 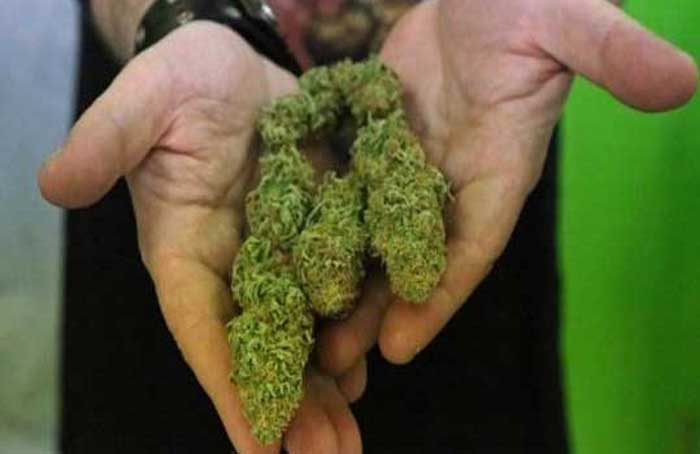 CA: Modesto Not Decided On Having Marijuana Businesses, But It Could Have A Tax Ready

CA: How Will Modesto Approach Legal Marijuana? It's Taxing Issue For Council Members