In a drastic change from previously proposed commercial marijuana policy, three of five San Luis Obispo County Board of Supervisors on Tuesday voted in a straw poll to ban medical and recreational dispensaries and prohibit manufacturing of edible goods in unincorporated areas of the county.

Industry representatives at the hearing said they were “shocked” by the shift and that the board was “totally ignorant” about how the industry works.

The new direction was discussed in the second day of a hearing to hash out rules for commercial cannabis activities in unincorporated parts of the county in preparation for California’s launch of recreational marijuana sales scheduled to begin next year as a result of Proposition 64.

The board did not yet vote to adopt the final ordinance and decided instead to meet again at 9 a.m. Friday, after Supervisor Adam Hill refused to continue the meeting past 5 p.m. in protest of what he called the “abuse of public process.”

Chairman John Peschong, who proposed the biggest changes to the ordinance, said public comment will be allowed on Friday to address the proposed shifts.

The Planning Commission on Sept. 14 passed a draft ordinance that would allow all commercial activities in certain zones in unincorporated areas, including distribution facilities, dispensaries, testing, manufacturing, nurseries and cultivation. All public comment taken by the Board of Supervisors was based on that draft.

After supervisors heard comments Tuesday, they went one-by-one through various issues, taking straw polls on what changes in proposed rules they wanted before voting on the entire ordinance.

Here’s some of what they voted to do:

▪ Remove a ban on cultivation in the Carrizo Plain.

The last two items were met with vocal outrage, disbelief and shock from members of the audience. Both items were proposed by Chairman John Peschong after he made reference to a trip to Colorado where he learned about a child who consumed edible marijuana products and had to go to the hospital. Both Supervisors Lynn Compton and Debbie Arnold voted with him.

“We need to roll this out slowly and not blow this out,” Peschong said.

He suggested that cultivators become distributors of cannabis, to “cut out the middleman” of a distributor or dispensary. He said most cannabis is sold now through direct delivery anyway.

Marie Roth, president of the San Luis Obispo County Cannabis Business Association, said she was “surprised” and “shocked,” by the changes and what she saw as Peschong’s “total ignorance” of how the industry operates. Others expressed similar sentiments.

“Much of the conversation (the supervisors) had didn’t demonstrate any understanding of state law,” he said, adding that none of the proposed changes were in county staff reports or in outreach workshops.

Cultivators “don’t want a clientele; (They) don’t want to deal with the public; (They) want to deal with other licensed businesses,” said Chanelle Prime, with Golden State Farms, which is based in Los Angeles but is interested in coming to San Luis Obispo.

Supervisor Bruce Gibson criticized the idea of a ban on dispensaries, saying it was a step backward for the county, which currently allows brick-and-mortar medical dispensaries by ordinance, though none of the four that have applied to the county have ever been permitted.

He also noted that the state is working toward regulations on packaging, dosage and labeling in efforts to reduce marketing of edible products to youth.

“To lessen the negative impacts of cannabis, you make it legal and you regulate it. If you try to ban it, because this is high value, you drive it into the black market,” Gibson said.

After the meeting, Hill took his criticism to Twitter, saying, “Ramming thru an ordinance with new provisions that have not gotten public input is a Brown Act violation.” 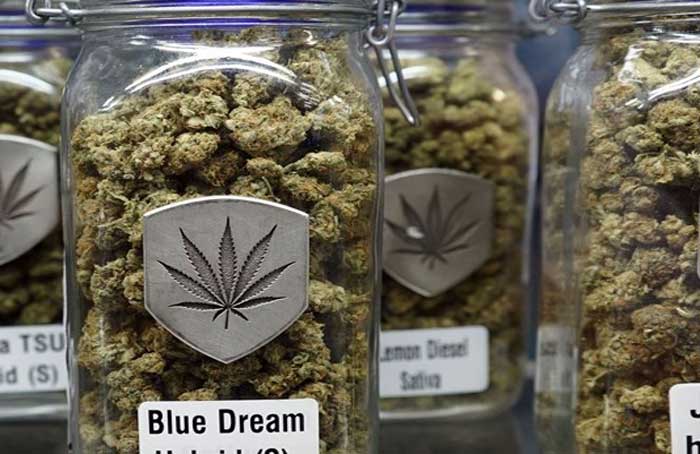