An organization that represents Sonoma County marijuana growers has come out against a cannabis business tax set for a public vote in early March, altering the neutral position announced by the group last week.

The nine-member board of the Sonoma County Growers Alliance voted Monday to oppose the tax, placed by the Board of Supervisors on a March 7 special election ballot.

Whether the 260-member growers' group will mount a campaign to defeat Measure A, which would establish a tax of up to 10 percent on the gross receipts of cannabis businesses located outside the county's nine cities, is up to the board, said Tawnie Logan, the organization's executive director.

"We don't have the funding to run a whole campaign," she said.

The business tax – on cultivators and manufacturers based outside city limits – is intended to help pay for regulation and enforcement of new rules covering the county's expanding cannabis industry. At initial proposed rates, it would generate $6.3 million a year.

Last week, the alliance board announced it would remain neutral with "hard-line concerns" about the tax, which county officials say is needed to cover the costs of bringing the pot industry out of the legal shadows.

If the tax is rejected, the county will indefinitely delay accepting applications for business permits required for cannabis operators to obtain state licenses, officials have said.

Ruby Steinbrecher, the alliance board chairwoman, said an informal survey of cannabis community members prompted the board to reconsider its position.

"We heard very loudly and clearly from a majority of our membership that they oppose" the tax, she said. "We didn't feel we were representing the wishes of the community" with the neutral position.

Steinbrecher said the tax was an "emotionally charged" issue that affects the livelihood of cannabis industry members, acknowledging the potential delay in obtaining state licenses would be a setback.

"We've got to take the long view," she said. "We're going to be stuck with this tax."

Board of Supervisors Chairwoman Shirlee Zane faulted the alliance's reasoning.

"Opposing this tax is not the way for the operators to be successful in Sonoma County," she said. "They wanted permitting as soon as possible."

The county has posted a cannabis tax fact sheet on its website and will be putting it on Facebook, Twitter and other social media platforms, Zane said.

Because the fact sheet is "educational," she said, it is allowed under state laws that prohibit political campaigning by public employees.

The county's tax, capped at 10 percent of proceeds for cultivators and manufacturers, would generate $15.6 million a year at that rate. At the proposed initial rates of 0.5 percent to 5 percent it would reap $6.3 million. There would be no tax on dispensaries and other cannabis businesses, such as transporters and distributors.

Critics say the combined state and local marijuana taxes could total 38 percent, an amount that could smother small operators.

Santa Rosa officials are drafting a cannabis tax measure that would go to a public vote in June. 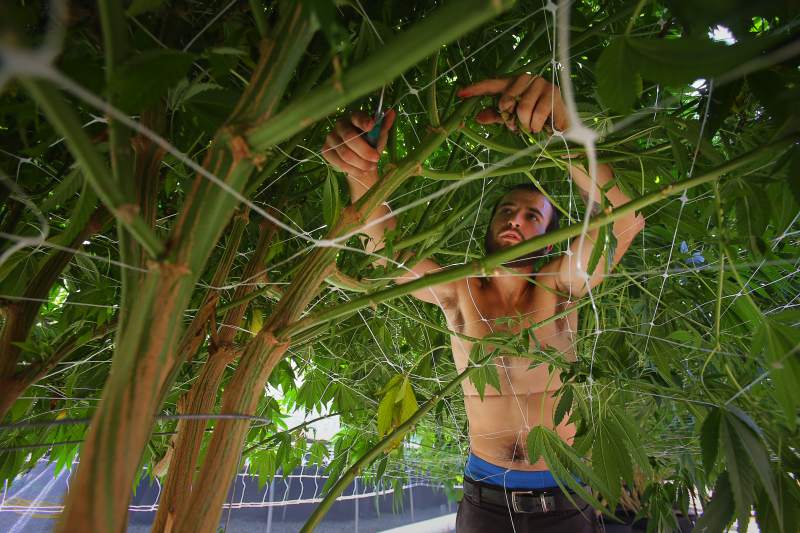