As Humboldt County and other counties throughout California begin taxing marijuana farmers and businesses, the question before both local and state regulators is what role the federal banking restrictions and marijuana prohibition will play in their ability to collect those taxes.

Banks are reticent to open accounts for marijuana businesses because of fears of a federal crackdown, so most cannabis business transactions – from payroll to tax payments – are done in cash.

Humboldt County implemented a local tax on commercial marijuana cultivation at the start of this year after being passed by voters in November. But a question was raised at the county Board of Supervisors meeting Tuesday on whether the county would be laundering money by depositing these cash tax revenues into its bank account.

"I do not know whether a charge of money laundering applies to a government entity operating within the legal confines of the state of California," Bartholomew wrote in an email to the Times-Standard, "but I do know that it is my job to collect property tax and other voter-approved charges for the county; which I will do to the best of my ability."

Just a few hours after Humboldt County's discussion Tuesday, state leaders gathered in the State Capitol to ponder the same banking issues. Colorado Gov. John Hickenlooper spoke to a group of California legislators and department heads at the hearing about the lessons his state learned after legalizing recreational marijuana four years ago, but said banking is still a "vexing issue."

The idea of creating a state bank to circumvent the federal government was also discussed in Sacramento on Tuesday, but state officials said this approach would likely fail.

For now, the state's plan is to work around the banking restrictions as best as it can until Congress addresses the issue, if it ever does.

The passage of California's recreational marijuana legalization measure Proposition 64 in November requires the state Board of Equalization to set up a tax system on both cannabis cultivators and retail sales.

But due to the banking restrictions, most cultivators businesses will only be able to pay using cash. A cash-only tax system poses several problems such as dangers of being robbed, civil asset forfeiture, compliance stemming from the distance to cash payment locations and the overall workload on regulatory agencies.

Humboldt County 2nd District Supervisor Estelle Fennell recently attended a California State Association of Counties meeting regarding cannabis banking issues. At the meeting, she said the Board of Equalization explained how one medical cannabis business brought in a $450,000 tax payment in cash, which took six hours for three cashiers and two cash-counting machines to deposit.

Bartholomew said the fact that many of these dollar bills were crinkled up contributed to this processing time.

Following Proposition 64's passage last November, several cleanup bills have been introduced in the state Legislature including one that seeks to facilitate the cash system.

Senate Bill 148 from state Sen. Scott Wiener (D-San Francisco) would give counties a choice on whether they would collect tax payment and fees for cannabis businesses and forward them to the appropriate state agency.

Bartholomew said Humboldt County would be able to handle a cash payment system if it needed to.

"We handle millions of dollars of cash as it is and run all cash through counterfeit detection machines, which also count that cash received, so we are well equipped to handle cash payments," he said.

Currently, cannabis businesses have to drop off their tax payments at a Board of Equalization office, but there have been gaps in compliance.

According to Board of Equalization Legislative and Research Division Chief Michele Pielsticker on Tuesday, the state collected just over 60 percent of the sales tax revenue it could have from medical cannabis companies in the 2015-16 fiscal year, which she said is similar to Colorado's compliance rate.

Using national cannabis consumption, Pielsticker said that if every one of the nearly 1,200 medical cannabis businesses with sellers permits in the state complied with sales tax laws, the state would have collected about $112 million in 2015-16.

The state estimates that it could receive around $1 billion in annual tax revenue because of the passage of Proposition 64.

Bartholomew said he worries about the enforceability of Humboldt County's cultivation tax because it uses an invoice system, which he has previously stated does not hold a lot of enforcement power should a cultivator decide to abandon their property after harvesting their crop.

Bartholomew argues the best way to enforce the tax laws on cultivators is by putting the cannabis tax on the property tax roll, which would allow the county to auction off the property if those taxes are not paid.

Changing the property tax roll would require modifications to state laws, which the California Association of County Treasurers and Tax Collectors has made a priority on their legislative platform for 2017. However, Bartholomew said attempts to get North Coast Sen. Mike McGuire (D-Healdsburg) to sponsor the amendment were unsuccessful.

"I am sorry to report (and very disappointed) that Sen. McGuire did not pick up the proposal as part of his legislative platform because it would alleviate many potential problems related to cannabis tax collection," Bartholomew said. "Our lobbyist in Sacramento continues to look for a sponsor."

McGuire said he believes these tax roll concerns are "an extremely important issue," but said there is too much in flux at the state level in just trying to implement the provisions of Proposition 64 to take up the issue this year.

"The state of California is hyper-focused on the mountain of rules and regulations that have to be implemented by Jan. 1," McGuire said. "That has to take top priority for this$ 7 billion dollar industry."

A representative for North Coast Assemblyman Jim Wood (D-Healdsburg) stated Wood had not been contacted about this proposal, but also questioned whether it was appropriate to make this change so early on.

"With the implementation of the (Medical Cannabis Regulation and Safety Act) and the passage of Prop. 64, the intention was to provide local governments with greater flexibility in how taxes are assessed and collected," Wood (D-Healdsburg) said in a statement to the Times-Standard. "I think we need to give it time to see how that flexibility works for them." 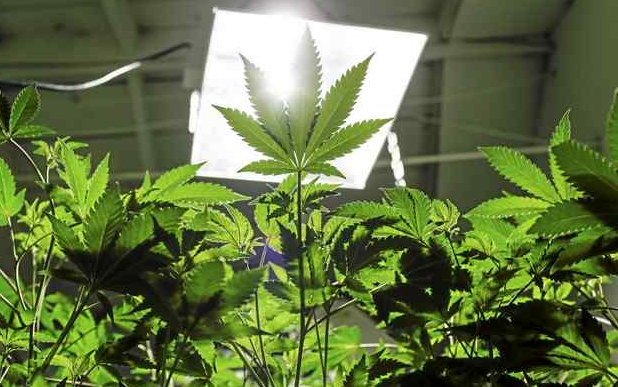 K
CA: Taxing Legal Marijuana Sales Not as Easy As It Sounds

CA: For Local Governments, Cashing In On Cannabis Won't Be Easy

CA: For Local Governments, Cashing In On Marijuana Isn't Going To Be Easy