The Ventura City Council on Monday temporarily banned all commercial activity related to marijuana to have more time to decide how, or if, to regulate it.

The moratorium lasts up to 45 days, so in January the council is likely to extend it another 10 months.

In the interim, the city could consider where to put commercial marijuana enterprises, their hours of operation and other types of regulations, City Attorney Gregory Diaz said.

The moratorium isn't an attempt by the council to "circumvent the will of the people," Council member Mike Tracy said, responding to several people who spoke during the meeting.

Tracy said he respected the outcome of Proposition 64, which legalized recreational marijuana after California voters approved it in the Nov. 8 election. Rather, the delay allowed the community to decide the exact direction it wished to pursue and what types of regulations to impose.

"We clearly have the opportunity to do this right," Tracy said.

Nearly 60 percent of Ventura voters supported the Adult Use of Marijuana Act, according to Election Day returns released by the Ventura County Clerk and Recorder's Office.

Many spoke in favor of allowing for marijuana, for medical and commercial purposes.

Resident Franklin Murphy urged the city to allow commercial marijuana operations, pointing out the city can't access state money raised by taxes related to the measure if it bans them.

Murphy said crime would go down.

Resident Michael Graves said the moratorium would show the council was buying into the hysteria of marijuana causing problems it didn't, would be a poor financial decision and would be giving the "middle finger" to the voters who supported the measure.

To Council member Christy Weir, the question came down to local control. The moratorium will allow the council to study the information and engage the community to determine what it wants, she said.

In jurisdictions without regulations, the ones developed by the state stand. Alternately, Ventura could either ban all commercial activity or impose its own set of regulations. The council will spend the next 11 or so months deciding which direction it will take.

It's not clear when the state will release its guidelines, which go into effect Jan. 1, 2018 in communities that allow the commercial enterprises. Diaz said he had anywhere from six months to longer than a year.

Regardless of what Ventura decides to do, the law still allows an individual over the age of 21 to grow six plants indoors and it allows for transportation of the plant through municipalities even if they prohibit any other activity. 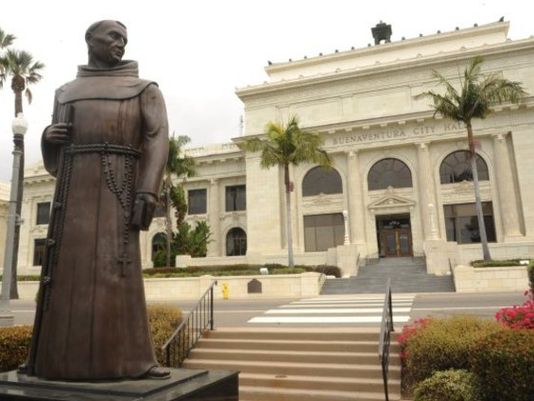