Yolo County supervisors will be reviewing a revised ordinance regulating the cultivation of medical marijuana this week.

The proposal is already drawing a complaint of being excessively prohibitive. Supervisors will review the plan at their Tuesday meeting in the Erwin Meier Center.

The county has been operating under an interim ordinance since last March, which called for a ban on all outdoor marijuana cultivation unless the plants are intended for medicinal use or an individual is a Regional Water Control Program permit holder. Medical marijuana growers are limited to 100 square feet of land that is 75 feet from any neighboring houses, churches, or schools.

After considering requests made during the ordinance's public comment period in March, the Board added a provision to this exception stating that a patient may expand their plot if they can demonstrate evidence that it would be a hardship for them to be restricted to the yields of only 100 square feet of land. A fine of $500 was also set for anyone violating the rules.

On Tuesday a more formalized ordinance will be brought up that has been worked out based on the lessons learned since March.

The recommendations come after the county's Department of Agriculture formed an enforcement task force of representatives from the District Attorney's Office, the Sheriff's Office, the Health and Human Services Agency and both the Environmental Health Division and the Building Division of the Community Services Department.

That task force identified provisions of the ordinance that require strengthening.

There are also revisions for patient cultivation exemptions to bring it in compliance with state law, clarifying the number of patients who may grow per property; a requirement that commercial cultivators participate in a track and trace program when instituted by the county, provide written consent for compliance inspections and sign an indemnification agreement protecting the County.

Finally, there will also be a prohibition on commercial cultivation by those with enumerated criminal convictions as well as residency requirements, required registration and the addition of a nuisance abatement process and associated fines.

However, Matt Kelly, who identified himself as a Yolo County farmer, wrote to The Democrat taking issue with the proposal stating "To many Yolo County residents, and potential outside investors, the newly proposed changes to the county's cannabis cultivation ordinance are unconstitutional, illegally applied and contrary to the best interest of property owners, business owners and the residents of Yolo County.

Kelly did not immediately respond to an email for information on his background. He did not provide a telephone number.

"Beyond the obvious benefits of increasing the county tax base, and employment opportunities, by allowing additional cannabis cultivation permits to be issued, the ancillary benefits to the community would be immense," Kelly wrote.

Kelly also stated that limiting cannabis cultivation permits to "50 (the current count), or 100 or even 200 would not make a noticeable reduction in the rogue cultivation sites that are already occurring in the county and it would not be enough to support a balanced infrastructure of cannabis transportation, testing and dispensing businesses that are also intended to be permitted in Yolo County by 2018."

Kelly is urging supervisors to reject the staff recommendation as well as reject the "residency requirements."

Kelly said the ordinance would "lead to a monopoly of only a few politically connected people controlling the local industry, and politicians, which will prevent the many residents in the county who are currently growing illegally, to acquire a permit and become legal and registered tax-paying business."

He stated that supervisors and their staff "proclaim to want to clean up the cannabis cultivation sites proliferating all across the county," a moratorium on issuing new permits would lead to more rogue, un-permitted and un-taxed cultivation sites. 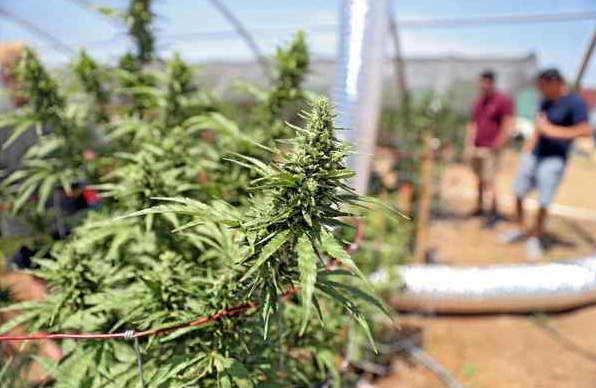