In response to an unexpected flood of prospective medicinal marijuana cultivators, Yolo's Board of Supervisors has hit the pause button on new applicants to give county staff a chance to fine tune regulations and vet pending applicants.

While some counties have opted out of dealing with medicinal marijuana, Yolo County has decided to take on regulating the local industry over adopting state law that would give it less control. In March, an interim ordinance was adopted to address neighbor complaints and limit harmful environmental effects while protecting patient access as state and county staff work to develop more comprehensive regulatory programs.

Since then, more than 40 people have become registered cultivators with at least 20 pending applications waiting for approval from the state Water Board. According to Yolo County Ag Commissioner John Young, there have also been 340 people who have indicated their intent to seek a permit in the near future.

At Tuesday's hearing, Young said there are 800 to 1,000 grows in Yolo County. The volume of grows and prospective grows have caused problems for county staff as they don't have the resources to keep up with the number of people trying to cultivate marijuana in the county or the number of complaints they are receiving from residents.

According to Young, Yolo is drawing both local residents and people from out of the area who see the county as one of the few that are "open for business" in regards to the medicinal marijuana industry. This has made it difficult for staff to vet each applicant, as Young feels it is imperative to do.

The staff are also spending an exorbitant amount of department time and money on these issues, calling for a need to set up channels to fund these efforts.

Young proposed changes to the interim ordinance that included several new requirements of cultivators. These include mandatory participation in a track and trace program, registering their grow sites with the county as well as the state Water Board, and not having a lengthy rap sheet. These changes are aimed to improve resident safety and ensure that the medicinal marijuana products are being handed off to lawful destinations.

The ag commissioner also proposed a prohibition on new applicants while county staff sort everything out.

"Additional time is needed to set up a fee structure, develop the logistics of an approval process and consolidate information from residents, patients, cultivators and other counties into a comprehensive regulatory package," Young explained.

Staff are being tasked with balancing patient needs and residents' concerns. While Supervisor Jim Provenza agreed that local patients need access to medication, he asserted that this need must be balanced with the protection of ag land for food commodities. "I don't want to become the marijuana capital," he added.

More than a dozen people spoke during the public comment period Tuesday and though they disagreed on some points, there was a general consensus that medicinal marijuana should be well-regulated in the county and that patients should have access to their medications.

"In reality, it's all the same," Young explained. "All we would need to do is extract the word 'medical' and leave 'marijuana.'"

Leland Kinter, chairman of Yocha Dehe Wintun Nation, called the proposed amendments to the interim ordinance "incomplete" and asked supervisors to create a more clear and comprehensive regulatory and licensing program. Among their primary concerns was the protection of their lands and resources.

As such, Kinter has urged the county to include language in the next draft of the ordinance that includes tribal lands in the list of locations that marijuana cultivation cannot be within 1,000 feet of. Currently, the list includes youth-oriented facilities, schools, school bus stops, parks and churches.

Supervisor Don Saylor also expressed his belief that a ban on future permits was contradictory to the county's aims. "I think it's a bad signal to the people we're trying to bring out of the shadows, so I can't vote for it."

In the end, supervisors approved the proposed recommendations - barring the processing of any new permits in which applications were not submitted by 5 p.m. Oct. 11 and adding amendments to tighten regulations within the interim ordinance. The motions passed 3-1 with supervisors Saylor and Matt Rexroad dissenting. An updated ordinance will be reviewed at the next supervisor's meeting on Tuesday, Oct. 25. 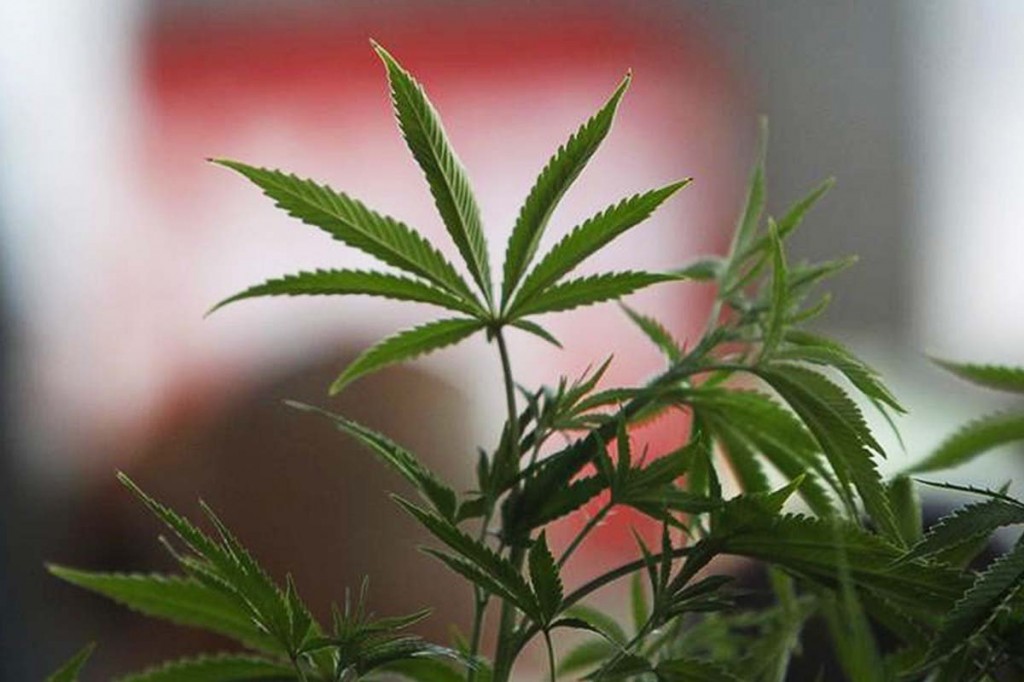