Just weeks before California begins issuing licenses to businesses to sell marijuana for recreational and medical use, the state on Friday began accepting applications electronically through a new online system.

The state Bureau of Cannabis Control is accepting applications for commercial marijuana licenses for retailers, distributors, micro-businesses, testing laboratories and cannabis events, according to Lori Ajax, chief of the bureau.

"Today's launch of our online licensing system is the culmination of many months of hard work by our dedicated team," Ajax said in a statement. "Now that applications are coming in, we can officially move one step closer to issuing California's first state licenses for commercial cannabis activity."

The sale of marijuana for recreational use was approved in November 2016 when California voters passed Proposition 64, which also required the Bureau of Cannabis Control to license retail sellers.

Applicants will be required to register an account with the bureau, which will not issue licenses until Jan. 2 and will only license firms that have approval to operate from their city or county. The initial licenses will be four-month temporary permits for which the $1,000 application fee and a background check requirement will be waived. 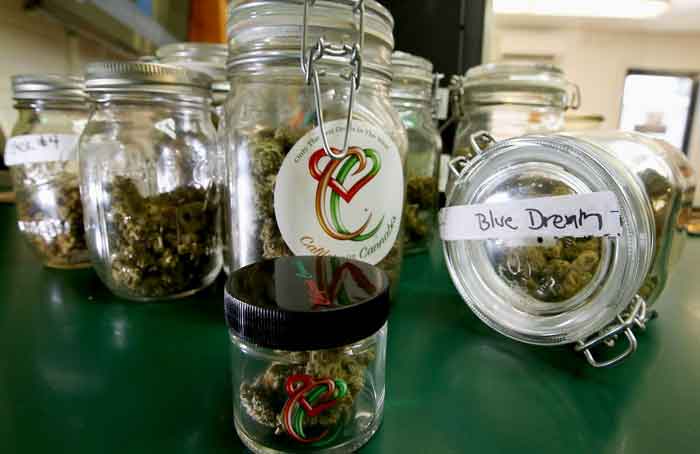