Nine pot dispensaries in the Harbor area have been ordered to close over the past three months, including seven along Avalon Boulevard, Los Angeles City Attorney Mike Feuer said Friday.

Proposition D, passed by voters in 2013, makes all medical marijuana dispensaries in Los Angeles illegal, with the exception of about 100 that had previously registered with the city.

The court orders Feuer obtained in the Harbor area apply to

The orders are part of a crackdown in the Harbor area by Feuer and the local police division that has led to 25 shops closing, according to Councilman Joe Buscaino, who represents the Harbor area.

“The community in Wilmington are elated” by the recent closures and court orders, Buscaino told City News Service.

“We need to now make sure others don’t come in and they don’t reopen,” resulting in the “whack-a-mole game that we’ve been struggling with in the last year.”

The number of medical marijuana shops in Wilmington and San Pedro has increased over at least the past year, Buscaino said, with “more pot shops than Starbucks and other credible retail” on Avalon Boulevard.

“It’s been very frustrating,” he said, especially with efforts underway to improve Avalon Boulevard, “reimagining” it as a “great street” and part of redevelopment efforts at the Los Angeles Waterfront area.

Medical marijuana dispensaries are now also appearing along Gaffey Street in the San Pedro area, so enforcement efforts are shifting there, Buscaino said.

The Harbor area has one dispensary permitted under Proposition D, according to the councilman.

Buscaino said marijuana businesses might be popping up in the Harbor area because they were getting pushed out of the San Fernando Valley and central Los Angeles areas, the previous targets of strong enforcement efforts.

Surrounding cities such as Long Beach, Rancho Palos Verdes, Torrance and Carson do not allow marijuana dispensaries, which may also be pushing medical marijuana businesses to set up shop in Los Angeles, he said.

Absentee landlords from outside the county or state “who care less about the quality of life” in the area could also be to blame, Buscaino said.

Buscaino said officials have been using various strategies to reduce the number of illegal marijuana businesses, including pressing criminal charges and going after property owners.

When one pot shop on Avalon Boulevard refused to close, city officials had the power cut at the business, he said.

“If we have to tell the Department of Water and Power to shut down the power” at other dispensaries “we will,” Buscaino said. 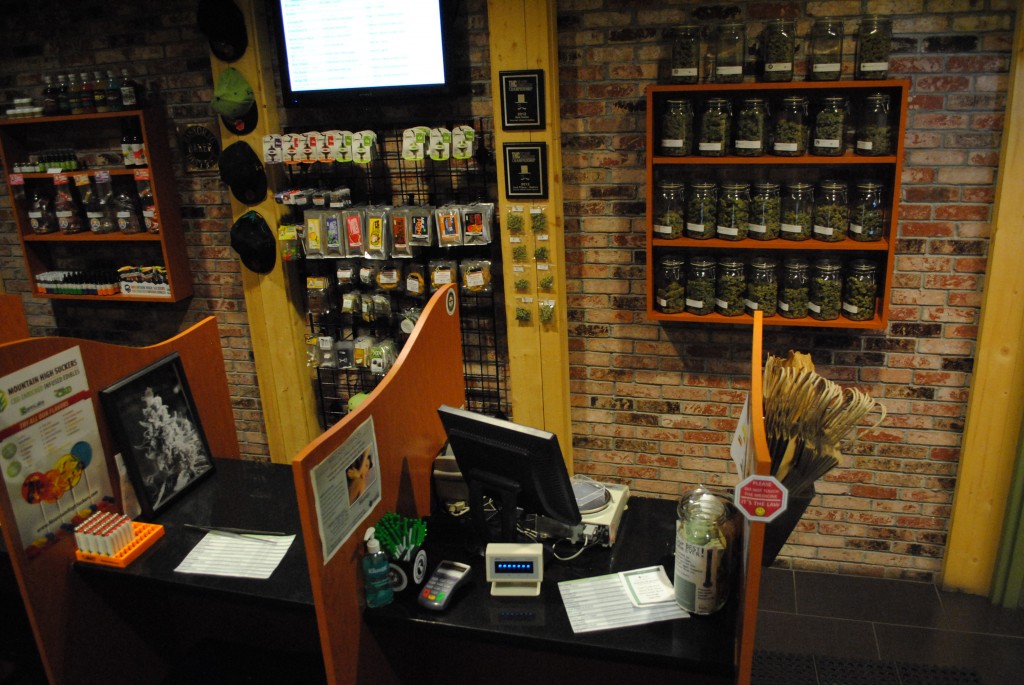