California Communities Look To Cash In Locally On Cannabis

The potential impact of Proposition 64 and legalized recreational marijuana in California was driven home by more than 50 city and county measures that set rules for taxing, regulating and governing the pot trade at a community level.

Voters in diverse regions across California overwhelmingly approved tax hikes to turn marijuana into a potential revenue source for local governments. But different areas reflected sharply different attitudes on how much cannabis cultivation and commerce to encourage — or put up with.

Voters in Marysville approved Measure F to impose a local 15 percent gross receipts tax on two new dispensaries being licensed by the city. Stockton residents passed Measure P to allow up to four marijuana stores and four commercial cultivation facilities, and Measure Q to cash in by imposing local taxes of 3.5 percent to 5 percent on retail marijuana sales.

"I think voters were tuned into the fact that this is a commodity, the biggest cash crop in California right now," said Stockton measures P and Q supporter Zacj Drivon, a local attorney representing cannabis interests. "The potential economic benefits were absolutely something the voters were aware of. ... I think this is a good thing for California and good thing for Stockton."

Santa Barbara approved a 20 percent gross receipts tax on dispensaries selling medical or recreational marijuana, and other cities passed levies ranging from 3 percent to 18 percent. Long Beach voted to repeal a ban on dispensaries, allow up to 32 pot stores and tax them.

The local taxes will come on top of a 15 percent statewide excise tax on all marijuana sales that will be imposed under Proposition 64.

While residents in numerous cities and counties were voting to monetize Proposition 64, they were also putting the brakes on cannabis industry expansion in many jurisdictions. Measures backed by marijuana farmers or investors hoping to expand cannabis cultivation rights were soundly rejected in several regions, including some traditionally pot-friendly destinations.

"It's clear that voters like to tax marijuana," said Dale Gieringer, California director for the pro-legalization National Organization for Reform of Marijuana Laws. "And it's clear that they are understandably suspicious of measures that are sponsored by the marijuana industry. They are seen as 'special interest proposals' that undercut controls by local officials."

On election night, Calaveras County was a case in point.

The Mother Lode county of 44,000 residents voted by 68 to 32 percent for Measure C, a ballot measure that proponents predicted would bring millions of dollars into county coffers from a $2-per-square-foot tax on outdoor or greenhouse cultivation of marijuana for commercial purposes.

Measure C was put on the ballot by county supervisors and backed by the sheriff. Meanwhile, marijuana farmers and advocates also backed Measure D, which stood to expand allowable cultivation on some properties and extend county marijuana business licensing to cannabis product manufacturers, distributors and other entities.

Measure D lost by 54 to 46 percent on the strength of opponents' ballot argument that "marijuana is quickly destroying the peace, environment, panoramic vistas, public safety and general quality of life" in the county.

In Yuba County, Measure E, qualified for the ballot by marijuana advocates, stood to overturn a ban on outdoor marijuana growing and authorize for-profit cultivation on properties of 3 acres or more. It lost by 56 to 44 percent.

But they roundly voted down Measure AF, the so-called Mendocino Heritage Act. It would have allowed an unlimited number of local permits for cultivation, dispensaries and other pot businesses.

"Mendocino County, with our long history and reputation, is not anti-cannabis," said Supervisor John McCowen, a supporter of the local tax measure but a leading opponent of the Heritage Act. "It was written by a small group of marijuana growers and dispensary interests to protect their interests — but without protecting the general needs of the community and the environment." 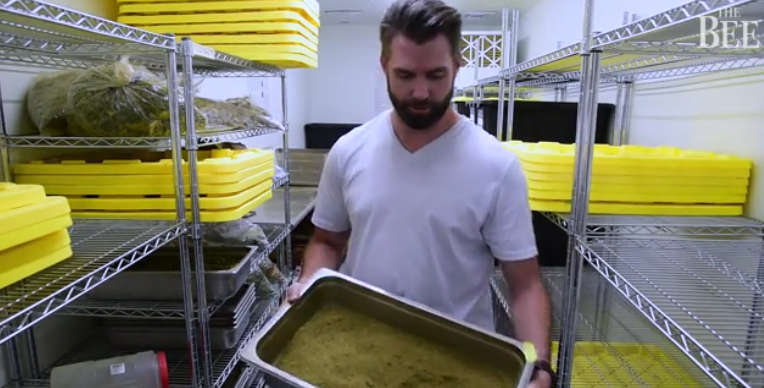 K
CA: These Proposed Local Marijuana Laws Are Just As Crucial As The Statewide Vote