Twenty years after approving medical marijuana, Californians come 2018 will be able to consume it for recreational purposes, too, and the localities that have reaped the most from legal cannabis sales may be best positioned for what could be a billion-dollar windfall.

Los Angeles, San Francisco, and Alameda counties collected the most in sales taxes from medical marijuana dispensaries last year, according to the state Board of Equalization. The tally doesn’t include business taxes that cities assess.

As with other products subject to the sales tax, the bulk of proceeds goes to the state’s general fund, with cities and counties also taking cuts for their budgets. Under the expanded legalization, the state could reap hundreds of millions from a new excise tax while localities can assess their own fees and levies to boost their general funds.

The prospect of higher revenue is a positive for California municipalities that face limits on raising property taxes and must seek voter approval on other levies, said Stephen Walsh, an analyst at Fitch Ratings Ltd.

"We recognize that for local governments that have few ways of increasing revenue, pretty much anything is welcome," Walsh said.

Because of the uncertainties around pot -- which is still illegal under federal law -- estimates vary on the cash that could be generated in California. State and local tax revenue could hit more than $1 billion annually from marijuana by the mid-2020s, according to the nonpartisan Legislative Analyst’s Office.

That would be more than a ten-fold increase from 2016 when medical marijuana dispensaries generated about $82 million in sales taxes alone, according to the Board of Equalization. Tom Adams, editor-in-chief of Arcview Market Research, an arm of Oakland-based cannabis investment firm the Arcview Group, projects legal sales -- which he pegged at $1.8 billion last year -- will hit $5.8 billion by 2021.

Nationally, legal sales of cannabis products could reach $24.1 billion in 2025, up from $6.6 billion in 2016, according to a report from New Frontier Data and Viridian Capital Advisors, which also track the industry.

Under the measure approved by California voters in November, with certain sales of medical pot becoming exempt from sales tax, recreational cannabis would fall under it as of January. Separately, every marijuana product will carry an additional 15 percent excise tax and growers will pay levies-- all of which would go into the state fund to cover costs of programs for substance abuse and other adverse effects of pot that may occur. Those new taxes may generate about $440 million in fiscal 2019, according to the analyst’s office.

Rating upgrades are unlikely given the nascent state of legalization, analysts from Fitch and S&P Global Ratings said. In the voter information for the city of Los Angeles’ successful ballot measure in March that levies a gross receipts tax on cannabis, officials said that the impact "cannot be currently quantified" for the general fund.

"Nobody really knows the size of this market yet," S&P analyst Sarah Sullivant said.

The following are facts about the top three counties from the state, Census and data compiled by Bloomberg: 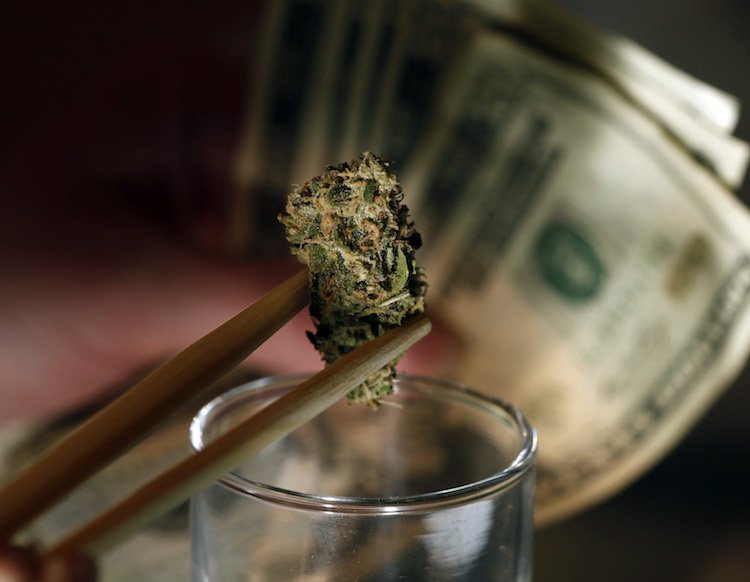