Sacramento – California has legal marijuana, but nowhere to put all the cash. Cannabis is illegal in the eyes of the federal government and for that reason, many banks and credit unions deny marijuana businesses their service.

Now, elected leaders from states with legal weed including California and Massachusetts are reaching out to federal regulators.

California State Treasurer John Chiang created a 16-member group made up of bankers, cannabis industry leaders and elected officials to work on definine the banking problem and crafting some solutions.

Most banks and credit unions shy away from the cannabis industry. Even ancillary businesses.

He runs an analytical lab in Sacramento. The main product they test is cannabis.

"Pesticide residue or even microbiologic contamination such as salmonella, Ecoli, yeast and mold and other contaminants," explained Hatley.

His business has bounced between banks.

"They closed our account. So we had to get our cash out of the account and go to another bank," said Hatley.

And Hatley must be discrete and secretive about some of his operations.

"Being able to carry large amounts of cash is not something that we want to be able to do,"

It's a problem the California State Treasurer is working to solve.

" If you don't create some type of resolution, we're going to have massive issues in regards to public safety, in regards to money laundering, tax evasion," said John Chiang.

The marijuana industry stands to make $7 billion dollars this year in California. Chiang says that translates to about a billion dollars in state tax.
The industry growth is expected to triple to $22.8 billon by 2020 according to a report by American Banker.

"I think it's important you have transparency and accountability in the business operations," said Chiang.

With a lot of money changing hands, the state wants to make sure it's done legally, through financial institutions.

"There are widespread ramifications to not providing an answer to the issue before us," he continued.

The 16 member task force will meet several times over the next year. Recreational pot sales don't begin until 2018. In the meantime, business owners are stuck in the legal limbo.

"We want to be able to bank in a more professional manner like other businesses do," said Hatley. 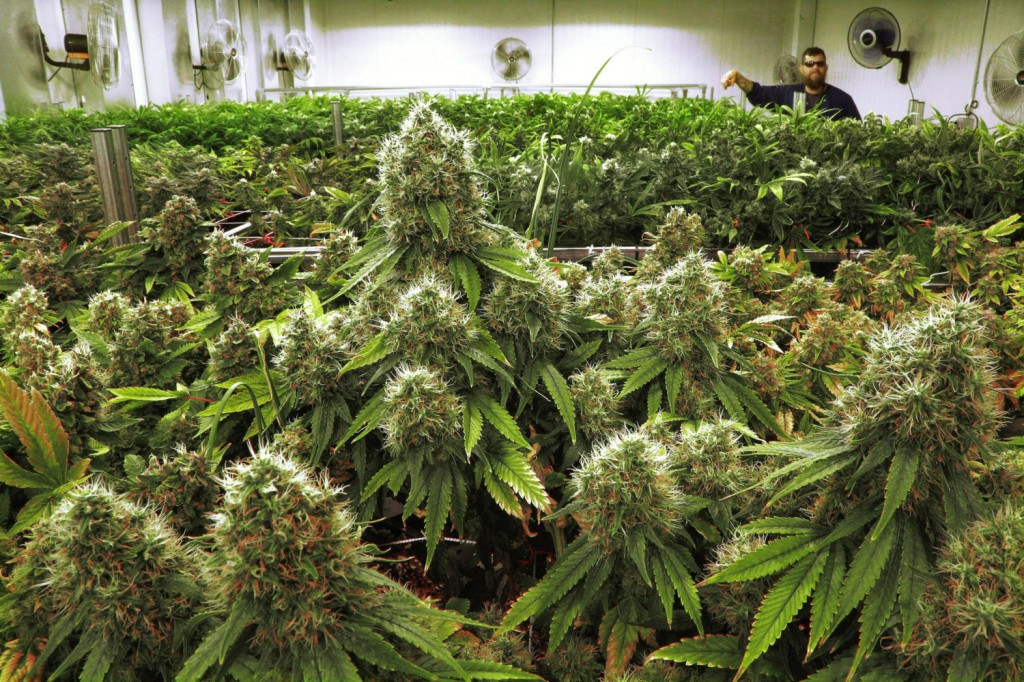 If our Federal Government won't do anything about this, it's time to look into overseas Banks and Swiss Banks. That's what I think.