Some fear an onslaught of big business - and competition that could wipe them out.

Hezekiah Allen is a third-generation marijuana farmer in this Northern California county, where the cool coastal fog pours off the Pacific Ocean, coaxing pot plants to heights of 20 feet.

The executive director of the California Growers Association trade group, Allen has long sought an end to what he calls "prohibition" and has looked forward to a day when he and the thousands of pot farmers here would no longer be outlaws.

But he said he can't bring himself to vote for Proposition 64, a referendum on California's November ballot that would legalize cultivation, sale and recreational use of marijuana.

While pot purveyors might seem to be likely Prop. 64 supporters, Allen's ambivalence is widespread within the industry.

The California Growers Association took a neutral stance after a recent poll among its 750 farmers, distributors and retailers found a split: 31% supported, 31% opposed, and 38% were undecided.

The larger Prop. 64 debate has focused on moral, social and health consequences of legalized pot use, but growers' concerns are more prosaic. Some fear going legit will mean too much red tape and burdensome oversight. Some fear an onslaught of big business - and competition that could wipe them out.

"I don't want to replace a criminal injustice with an economic injustice," Allen said.

Steve Dodge, the CEO of the Humboldt Growers Collective, another trade group, said he is voting against the initiative because it would allow regulatory inspections that some pot growers view as tantamount to warrantless searches.

"We are asking farmers to come out from behind the curtain, but not providing the assurances they need," he said. "This law is setting the state up for failure."

California, the sixth-largest economy in the world, already has legalized marijuana for medical use. It is the biggest producer in a U.S. market that includes 24 other states and the District of Columbia with some form of legalization. Brokerage Cowen pegs legal and illegal U.S. market at about $30 billion.

The approval of recreational use on such a big scale would be a turning point. It would more than double sales in California to $6.46 billion in 2020 from the $2.76 billion in medical use receipts last year, according to a projection by market researcher New Frontier.

Polls suggest the measures will pass. But growers' concerns show it won't be easy to move a multi-billion-dollar gray industry into the light.

Growers would face tax bills and the expense of improving their farms' ecological footprints to meet environmental regulations. And, after a five year grace period, industrial-sized farms would be allowed, a prospect that is expected to attract corporate agriculture.

Some growers believe going legit would be less lucrative than selling to states where marijuana remains illegal, a calculus that could drive them further underground.

Six hours north of San Francisco, old growth forests in what is known as the "Emerald Triangle" nurture vast marijuana production. Thousand-year-old redwoods have sheltered growers from raids by authorities since the collapse of logging here in the 60s and 70s gave rise to the illicit industry.

Wearing a sweatshirt bearing a pot leaf and the slogan, "I'm an outlaw, not a criminal," a black market grower tended to small plants bursting with buds raised in a room under high powered lights and the breeze of fans. The grower, who identified himself only as Jason B for fear of prosecution, said he wants to keep big business "out of our neighborhood."

"The reason I will vote 'no' on the proposition is that it will be corporate influenced and it would be a subpar product," he said.

Standing in his outdoor grove of plants that tower above him, Stephen Dillon said the Humboldt Sun Growers Guild he heads is split over Prop. 64. Growers in the group also are concerned that it will open the industry to big agriculture, as well as taxes and penalties, he said.

Dillon acknowledged some illegal growers hurt the environment, draining creeks for irrigation, pouring pesticide-laden runoff back into the water supply and creating mountains of trash on their sites. Prop. 64 would allow the state to revoke the licenses of such bad actors. But Dillon said its environmental regulations could cost $20,000 to $100,000 per farm to meet.

Doubts are not confined to growers.

Patrice Scott is a receptionist for Green Evaluations, a medical marijuana clinic above Amoeba Records in San Francisco's historic Haight-Ashbury district, the epicenter of the hippie movement in the late 1960s that promoted free love, psychedelic music and pot.

Scott said she will vote against Prop. 64, viewing it as a money grab by state and local governments she fears will squander the revenue. She said the medical marijuana rules, which require purchasers to obtain a card from a physician, work fine.

"No one has a problem getting a card," she said. "This is just a way for them (government) to profit."

But opposition is not universal in the industry. Some, noting a glut in pot is driving down prices, said they welcome legalization if it brings new demand.

Chrystal Ortiz, a small farmer and operations manager for the Sun Growers Guild, said she supports Prop 64 because it would eliminate or reduce most criminal penalties, as well as prior convictions, for marijuana offenses.

"Primarily black and brown underprivileged people are the ones being affected by the illegality of cannabis," she said. 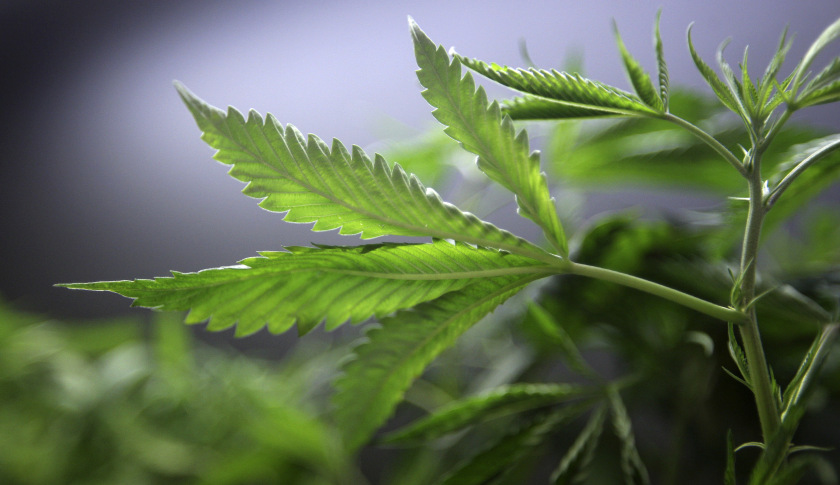 Jan 19, 2017
Katelyn Baker
K
K
Will Efforts To Legalize Marijuana In California Go Up In Smoke?

Sep 15, 2016
Katelyn Baker
K
K
Will CA Finally Have A Statewide Standard For The Sale Of Legal Marijuana By 2018?