The first city in Orange County to take applications for medical marijuana dispensaries held a lottery on Thursday, randomly selecting who will get to set up shop, out of more than 630 applications.

The lottery held in City Council Chambers felt like a cross between a horse race, with all the handicapping going on, and an expensive game of Bingo.

Hundreds lined up to get a chance at running a marijuana collective in Santa Ana. Some wore tennis shoes and some wore ties, but every applicant had an equal chance at winning in this lottery.

"It parallels the alcohol industry from 100 years ago," said David Diaz, an applicant. "Let's try and make this as people-friendly and legal as possible."

An outside accounting firm was in charge of this high-stakes bingo. The fee to enter $1,600 a piece. There were 627 applicants.

About a dozen will get a license. Winners seemed jubilant at the prospect of opening a licensed business. Those who went away empty-handed will not get their money back.

"All of their revenue from this process will go to make sure we have law enforcement and regulation," said Santa Ana City Manager David Cavazos.

Enforcement has been a challenge in a city where we found no less than two dozen collectives on the weed maps website which police say are operating illegally.

Under the city's measure BB the new cannabis collectives will be limited to specific areas of Santa Ana and must be at least 500 feet apart.

It means some storefronts will go away. It also means Derek Worden will be able to come out of the shadows and operate his own facility. He's already found the spot and knows his clientele will follow.

"We still have 70,000 active patients," said Worden, who won a license. "A lot of veterans, a lot of terminally ill patients, a lot of patients with Parkinson's." 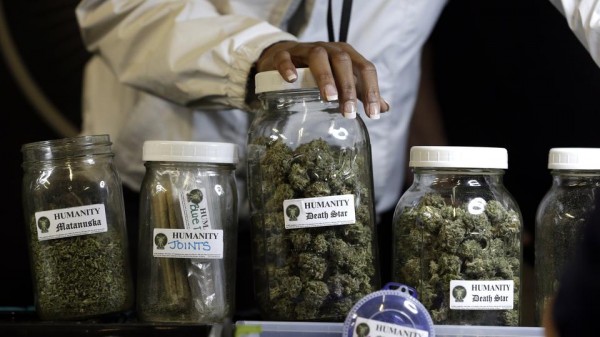