State Treasurer John Chiang has formed a working group focused on finding ways to provide banking services for the cannabis industry, which is now forced by federal law to operate largely in cash.

California has about a year to come up with a plan. That's when the state's first recreational marijuana shops are expected to open under voter-approved Proposition 64, which legalized marijuana for adults 21 and over.

"We need quick action and practical solutions," Chiang said on a call with reporters Friday. "California is willing to assume a leadership role nationally to effectively achieve this goal."

Federal law still classifies cannabis as a Schedule I narcotic on par with heroin. That means major banks and credit card companies won't do business with growers and dispensaries out of fear they'll be penalized for money laundering.

That changed little even after U.S. Deputy Attorney General James Cole in 2013 issued his now-famous "Cole memo," which gave banks guidance on how to service marijuana businesses without breaking any federal laws.

Some local banks and credit unions have been quietly taking on marijuana businesses as customers. A 2015 report from American Banker showed 266 of the nation's nearly 6,200 financial institutions had accounts with marijuana-related businesses.

But once recreational pot shops can open after Jan. 1, 2018, California's cannabis industry is expected to start raking in $7 billion in profits and paying $1 billion in state taxes each year.

"A lot of businesses will be hauling around a lot of cash with no place to deposit their money, putting them at risk of robbery," Chiang said.

That also makes the industry ripe for money laundering, he noted.

Chiang brushed aside the idea of creating a state bank specifically to service cannabis customers. It's an approach proposed by the Board of Equalization to combat the industry's poor record of paying state taxes, but one that's been shut down by federal regulators in other legalized states.

Efforts to remove marijuana from the Schedule I drug list have also repeatedly failed, most recently under the Obama Administration. So have efforts to pass legislation that would remove criminal penalties for banks that service businesses which are operating in accordance with state law.

Those avenues seem even less promising now that Republicans, who have traditionally been less supportive of marijuana legalization, control both the executive and legislative branches. And President-Elect Donald Trump's choice of Alabama Sen. Jeff Sessions for Attorney General hasn't boosted optimism for a federal solution, given the Republican Senator's staunch opposition to marijuana in the past.

Chiang on Thursday reached out to both Trump and California's entire congressional delegation asking for clarification and support in finding banking solutions for the industry.

In Sacramento on Dec. 19, the Treasurer will lead the first meeting of his new Cannabis Banking Working Group, which includes representatives from the banking and cannabis industries, law enforcement, taxing authorities and local government.

Given that 45 states now permit some form of legal marijuana use, Chiang said he's optimistic they'll be able to make progress over the coming year in easing the conflict between state and federal law. 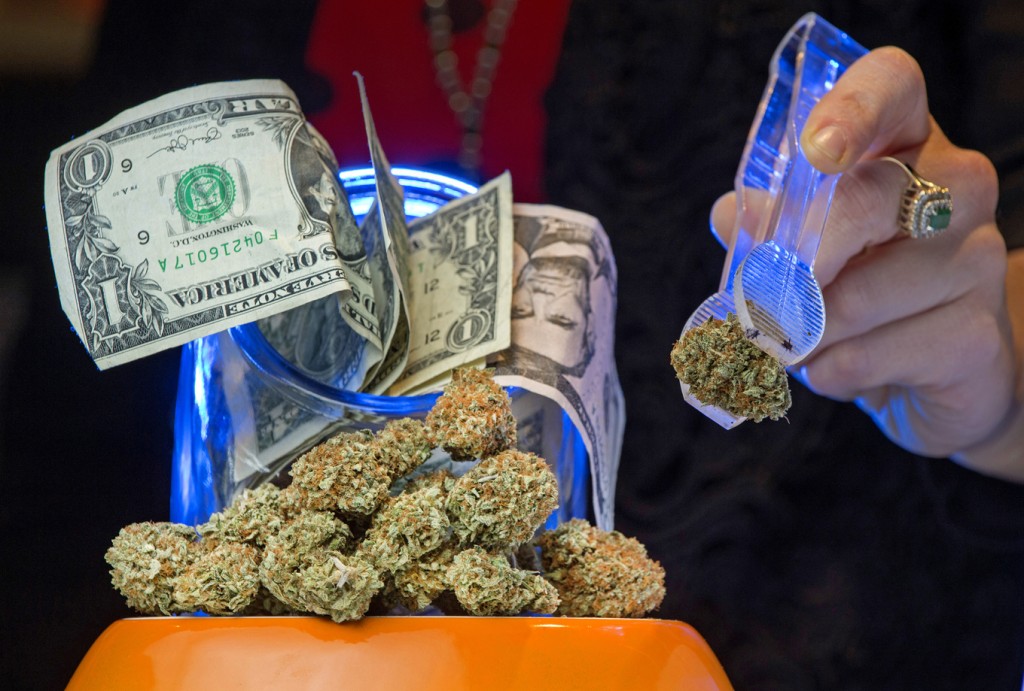