In the cold, breezy desert of California one minute after midnight, January 1, 2018, Cathedral City Care Collective had its first customer, and a promise made in 2016 got fulfilled.

In select counties around the state, tie-dies and pinstripes stood shoulder-to-shoulder to enter a marijuana dispensary without a medical recommendation for the first time. Some were longtime consumers, others first time buyers, both eager to participate in an historical moment and willing to wait upwards of an hour to procure some pre-rolls, truffles, or vapes.

For some consumers, legally buying recreational cannabis for the first time served as a political statement against over 100 years of prohibition. Getting to this point was no easy task. This accomplishment is the product of decades of advocacy from cannabis activists who faced steadfast opposition, setbacks, and even imprisonment.

“It’s a feeling of freedom,” said a 72-year-old Cathedral City resident who was among 13 people lined up at West Coast Cannabis Club in Riverside County, California before 6 a.m.

Some state and local leaders joined in as well. California State Sen. Nancy Skinner visited two Bay Area dispensaries (now called "clubs") on New Year's morning. “To me this is huge,” she said. “I want responsible use, but I also want use that is legal for everybody and equitable.”

I brought in the New Year with Nathan Vosburg, Mayor of Coalinga, California, who became the first patron to make a recreational cannabis purchase at 420 Central, a dispensary in Santa Ana, Orange County. His small town of 10,000 in Central California expects to see their single approved cannabis dispensary open sometime late Spring.

"The number one goal of our Coalinga dispensary is to provide the medical remedies to people of our town in need of them," Vosburg told me. The people of Coalinga were given the opportunity to decide what they wanted, and they voted for it. And the city tax on cannabis sales is 10 percent of gross revenue. They wanted that, too.

The opportunity is a rare gem for a small town located halfway between San Francisco and Los Angeles near Interstate 5 with few jobs and resources. "Our city is in debt, and we need this," Vosburg revealed. "With fewer police officers and failed tax, even some of the naysayers are hoping the Green Rush will deliver the jobs and tax revenue for our city."

The challenges of a new market.

Before all this, California already had an established, operational 20-year-old medical marijuana program. Growers, manufacturers, distributors, dispensaries, and patients already existed. Everyone had a role and knew what the rules were to participate.

On the consumer side, there’s an abundance of confusion on how the new laws meld with the old ones. What changes? What doesn’t? And where and how do consumers now buy and enjoy cannabis products?

Over the past 20 years business rules have drastically changed how medical marijuana products are sold and what consumers expect. Businesses must have local approval and a California state license to sell recreational and medical cannabis.

Existing medical marijuana dispensaries were given priority for recreational sales, but only 100 or so dispensaries met those requirements to begin selling on day one. Los Angeles and San Francisco are among the many cities where recreational pot will not be available right away because local regulations were not approved in time to start issuing city licenses needed to get state permits.

In Los Angeles, for example, commercial cannabis regulations weren’t completed until December, so many businesses weren't able to apply for licenses until January 3. This placed some existing dispensaries in a tight spot having to decide to close until provisional licenses are issued, or remain open licenseless.

Not all localities have embraced the state legalization, either. Pasadena, nearby Glendale, and Burbank, both located in Los Angeles County, have prohibited marijuana sales. Large cities including Fresno, Bakersfield and Riverside have done so as well.

Just as California's cannabis legalization brings along with it great opportunities for new entrepreneurs, it can sometimes damage the operations of existing producers. Much of that is due to local power and decision-making around the new laws.

In San Luis Obispo County, for example, the CFAM Management Group which employs at least 75 people to cultivate 49,000 marijuana plants has had its indoor cultivation production capability capped at 22,000 square feet, down from 260,000 square feet of permitted growing area.

California's new laws bring with them strict manufacturing and distribution rules and tight parameters, as well. Products must have child-resistant packaging, provide clearly marked ingredients and measurements, and be tracked seed-to-sale, to name merely a handful of requirements.

The world is watching

California's cannabis move has international significance. The state is estimated to generate $5 billion in new recreational cannabis sales in its first year, and expected to grow to $7 billion by 2020. When adjusting international GDPs for the cost of living, California lands as the eleventh largest economy in the world, making its financial, social and legal capabilities of great global interest.

Various medical, recreational and completely decriminalized cannabis programs are either in development or functioning in Uruguay, Australia, the Czech Republic and parts of Europe, and Canada is expected to launch its nationwide recreational program in the Summer of 2018. But none of those countries has the size or influence of California.

Global thinking on cannabis legalization tends to behave magnetically between countries/states, and California is a hefty magnet. One capable of challenging traditional United Nations drug conventions.

A recent study of international law by Radboud University found that positive human rights obligations can require states to provide regulated legalization of the cultivation and trade of recreational cannabis -- if this regulation were to protect human rights more effectively than a total ban on drugs, as defined in the U.N. Drugs Conventions. This is based on five primary conditions for regulated legalization:

1.It must be in the interest of the protection of human rights.

2.The state must demonstrate that the regulated legalization of the cultivation and trade of cannabis will result in the more effective protection of human rights.

3.The decision regarding such regulation must have public support and must be decided through the nationwide democratic process.

4.There must be a closed system so that foreign countries are not disadvantaged in any way by this measure.

5.The state is required to actively discourage cannabis use.

If a state can meet these conditions, under the current international law it is permissible to give priority to human rights obligations over the obligations of the U.N. drug conventions and legalize cannabis cultivation and trade. January 1st marked California's go-ahead to try and demonstrate to a global audience that it can. 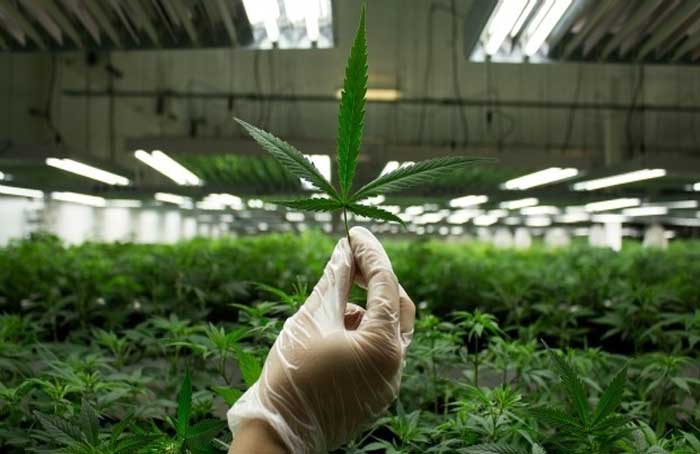 California Launches Legal Sale Of Cannabis For Recreational Use

California's Cannabis Market Expected To Soar To $5.1B - Going To Be Bigger Than Beer

Recreational Marijuana Use Likely To Become Legal In California