Tuscon, AZ--Organizers of an initiative drive to reduce the penalties for minor marijuana possession showed up at City Hall with seven boxes of petition signatures Thursday, only to have their dreams nipped in the bud.

The drive went to pot after the Tucson city clerk refused to accept the petitions, based on advice from the city attorney, who said the state constitution prohibits city voters from amending state criminal statutes through the initiative process.

Stuart Green, one of the organizers of the effort, said the group plans to consult with attorneys to figure out the next step.

That could include an appeal to Pima County Superior Court or asking the City Council to refer the matter directly to the November ballot. Thursday was the deadline for submitting initiative petitions.

City Clerk Roger Randolph said his office gave the group correct information in February, when members initially took out petitions, that the city wouldn't be able to accept the signatures. He said he wasn't able to deny the group a petition number on the front end - since the city can't weed out who gets to circulate petitions - but could decline to let them file it.

Volunteers nevertheless spent many hours circulating petitions on a $500 shoestring budget. Green declined to say how many signatures were collected, other than to say he believed they went beyond the required threshold of 9,534.

Organizer Michelle B. Graye, wearing a "Hemp, Hemp Hooray" pin, said the city is infringing on her right to petition the government for a redress of grievances.

The two contend the effort is not considerably different in theory from the state initiative for medical marijuana, which flies in the face of federal laws making sale and possession a felony.

The state, which is refusing to accept applications from those who want to run their own medical-marijuana joints, is asking a federal judge if it can proceed with the program.

But Green maintains the city should have the ability to choose its enforcement priorities and how it prosecutes nuisances, pointing to a decision by voters in Ann Arbor, Mich., in the 1970s to treat possession like a parking ticket, charging $5 for violations, while still pursuing large-scale drug dealers.

The Sensible Tucson initiative would reduce the penalty for a first-time possession offense of less than 2.5 ounces to a fine of $25. Even a third or subsequent offense would warrant a fine no larger than $75.

Sgt. Matt Ronstadt, a spokesman for the Tucson Police Department, said the department made 2,900 arrests for possession of marijuana, and another 1,890 arrests for paraphernalia in 2010 - although those statistics made no distinction between felony and misdemeanor charges, which are typically based on weight.

But he said the threshold for a felony is really high. Anything under 2 pounds is charged as a misdemeanor, he said. Although that amount is a felony under federal law, it generally gets downgraded by the time it hits the County Attorney's Office.

Green said public safety is his higher aim, since marijuana pursuits cut into time that could be spent chasing down harder drugs. "This would free up our Police Department to pursue things." 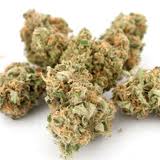