The 2016 Community Oriented Policing Services (COPS) grant is an opportunity for local departments to hire an officer with 75 percent of salary and fringe benefits paid with federal funds.

Town Marshal Nancy Gardner will present her case to council to apply for the grant, which would shore-up her currently short-handed department. Even if council were to give the go-ahead, relief would be months away.

"It takes a while to disburse funds. It would be something like the end of the year to receive them," said Commander Jacquelyn MacConnell.

The department previously applied for the grant in 2013, but was not among the law enforcement agencies chosen to receive funding.

Listed as a "General discussion, clarification and possible direction to staff concerning medical marijuana growing and processing facilities," Town Manager Russ Martin will take the opportunity to discuss the issue with mayor and council, a well as attendees from the general public.

The town previously has taken the position that public release of the location of marijuana grow facilities in Camp Verde is confidential. That position has been challenged by the Camp Verde Bugle. Staff has deferred to legal counsel from the town's attorney Bill Sims, citing privacy under "Arizona Revised Statute 36-2810 Confidentiality A. 2. Applications or renewals, their contents and supporting information submitted by or on behalf of nonprofit medical marijuana dispensaries in compliance with the chapter, including the physical addresses of nonprofit medical marijuana dispensaries."

However, some view this statute as protecting the privacy of medical marijuana dispensaries, not growing facilities. Casey Waldrop of Cottonwood Agricultural Services says he is aware of "four or five different facilities in the area," including Camp Verde and McGuireville.

Martin explained that a facility of this type does not require a public hearing in Camp Verde, unlike a vineyard, which requires council recommendation for a state license.

Like any other structure, Martin says, the project would get zoning clarification, be drawn by a design professional and would be reviewed twice by the town for code compliance.

Once in compliance, the applicant would be issued a building permit to begin development. From that point on, the property would be subject to building inspection until compliant with code. 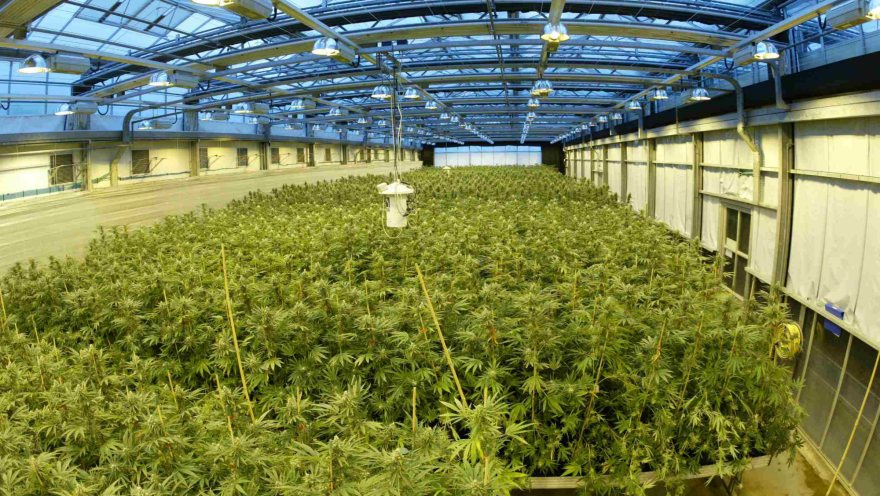 Marijuana Law Up For Interpretation Or Just Dramatic Reading

K
AZ: Legal Eagles Have To Love The Marijuana Business