The Campton Hills Plan Commission on Monday recommended rules about where medical marijuana can be grown and dispensed in the village.

Including medical marijuana cultivation centers and dispensing organizations in Campton Hills' zoning ordinance gives the village control of where such establishments will be allowed, Commission Chairman Rolf Fredrick said.

He noted he isn't aware of any proposals for such establishments in Campton Hills.

Under the proposed amendments, medical marijuana cultivation centers and dispensing organizations would be considered a special use.

The special-use permit would apply to the petitioner, not the property, so it would lapse in such instances as ownership changes, Fredrick said.

Further, he said, the establishments would be allowed only in B-7 zoning districts. Other uses in B-7 districts include adult-only nightclubs, body piercing establishments, massage parlors, pawnshops, tattoo parlors and payday loan stores.

Cultivation centers would not be allowed within 2,500 feet of schools or day cares. Limits for dispensing organizations would be 1,000 feet.

Commissioner John Pree said those are "reasonable restrictions." Addressing the issue is "the responsible thing for us to do."

The commissioners recommended approval of the amendments after holding a public hearing on the topic. Nobody from the public spoke on the issue.

The matter is to be acted on by the Campton Hills Village Board. 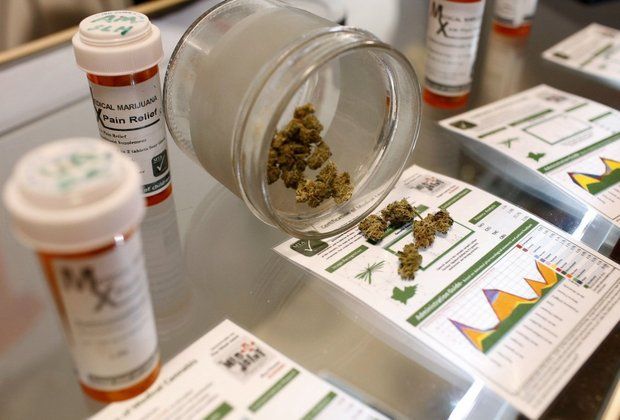