Can Marijuana Mop Up Radiation Around Fukushima And Other Polluted Areas?

Can hemp mop up radiation around Fukushima and other polluted areas?

There is much optimisim that hemp can clean up radiation from the soil. It has been almost 5 years since the disastrous earthquake and subsequent tsunami hit Japan's east coast at Fukushima A meltdown followed and so did a release of radioactivity. The area remains seriously contaminated and a clean-up is spoken of in terms of decades. Can cannabis plants really help to clean up the polluted soil?

As with the Chernobyl nuclear disaster, scientists are finding radioactive emissions and toxic metals, which including iodine, cesium-137, strontium-90, and plutonium—concentrated in the soil, plants, and animals of Japan. These emissions are now being found throughout the United States and along the West Coast of the US, from Canada to Mexico.

Phytoremediation is the word used to describe using plants to clean up contaminated soil. Plants in general are equipped with incredible absorption capabilities and some plants such as mustard plants and sunflowers are used in phytoremediation. Marijuana indica has been suggested as a crop that could possibly clean up soil because of it's hardiness and quick growth rate.

Plants are unique life forms, equipped with remarkable metabolic and absorption capabilities as well as transport systems that can take up nutrients or contaminants selectively from soil or water. Phytoremediation involves growing plants in a contaminated area for a required growth period to remove contaminants or to facilitate detoxification of the pollutants. The plants can be then be harvested, processed and disposed of.

Plants have a great diversity of genetic adaptations to handle the accumulated pollutants that occur in the environment. Growing and, in some cases, harvesting plants on a contaminated site as a remediation method is a passive technique that can be used to clean up these contaminated sites. Phytoremediation can be used to clean up metals, pesticides, solvents, explosives, crude oil, polyaromatic hydrocarbons, and landfill leachates. It can also be used for river basin management through the hydraulic control of contaminants. Phytoremediation has been studied extensively in research and small-scale demonstrations, but full-scale applications are currently limited to a small number of projects. Further research and development will hopefully lead to wider acceptance and use of phytoremediation. 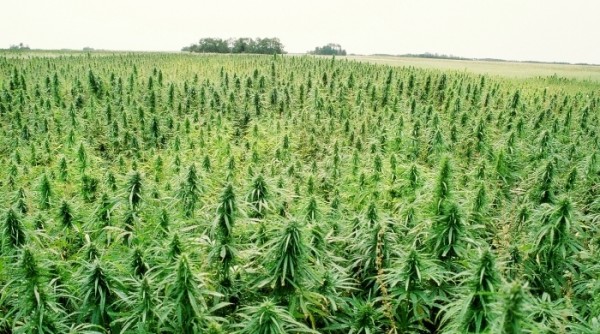 This would be one of the last things on my mind when it comes to thinking about Marijuana. Not only does it seem to have nearly miracle-like properties for your health, but it can help "mop up" potential radiation around Fukushima and other radiated areas? This seems like really exciting news to me that no matter the scenario, Marijuana seems to be wanting to help out in any way it can!

Fukushima - Cannabis will clean up radiactive soil if allowed