Canada: Government Sparks Plan To Determine How Cannabis To Be Distributed And Sold

After calling on Ottawa to hold off the legal sale of cannabis, Manitoba's Progressive Conservative government is now looking for outside help in setting up a marijuana production and distribution system.

The province initiated a search on Thursday for industry players who can help figure out the market for cannabis in Manitoba, come up with "competitive pricing," and possibly determine who will distribute and sell both marijuana and marijuana derivatives.

Manitoba Finance officials want potential producers and retailers to get back to the province by Sept. 8.

"Key measures of success for the framework include restricting access to minors, competitive pricing, quality product, variety and knowledge, limits on density and locations of storefronts, accessibility for all Manitobans."

■ Pallister urges Ottawa to slow down on legalized pot

This search comes after Premier Brian Pallister has issued repeated requests for Ottawa to hold off on legalization, insisting the province faces challenges in determining rules regarding access, quality oversight and distribution, not to mention age of access and driving under the influence of marijuana.

When the former NDP government was in power, both the provincial Liquor and Gaming Authority and Manitoba Liquor and Lotteries began to explore how to regulate, distribute and sell cannabis.

While former premier Greg Selinger expressed a preference for provincial liquor stores to sell cannabis, the former head of Liquor and Lotteries stated it would take study to determine whether private, public or a mix of retailers would make more sense. 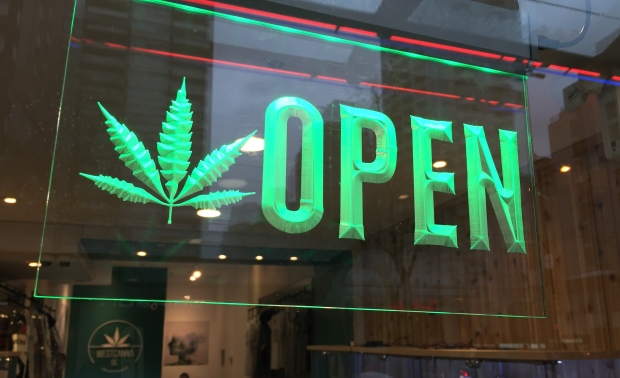 K
Canada: Majority Of Manitobans Say Marijuana Should Be Sold In Government-Run Stores