Canada: Group Of Licensed Cannabis Producers Want To Set Up Own Weed Store In Alberta

Some of Canada's biggest marijuana producers are banding together to create a private retail co-operative that would sell cannabis for recreational use in Alberta, once it is legalized next year.

The Canadian Cannabis Co-op – made up of 12 licensed producers including Aphria, Hydropothecary, Organigram and Medreleaf – is pledging to create a "turn-key retail solution" that they profess will address the challenges of "safe, regulated supply and socially-responsible cannabis retailing."

The proposed Co-op will operate as a bricks and mortar retailer, as well as an e-commerce platform. The LPs involved believe that if successful, the Co-op model could create over 400 near term jobs and generate over 30 million dollars in wages to the province of Alberta.

Notably absent from this group of 12 is Canopy Growth Corporation, the biggest licensed producer in the country, that in fact surpassed a market value of $2 billion just this week.

"I think the nature of how the Alberta market works with alcohol for instance, can be modeled with cannabis," Organigram's Chief Commercial Officer Ray Gracewood told VICE Money.

Just this week, the Alberta government announced it would sell recreational cannabis through stores overseen by the province's alcohol and gaming commission. It is still, however, weighing whether to set up government-run stores like the LCBO model that has been proposed in Ontario, or allow private retailers to control the market.

"What we're aiming for is a private retail body that will work with these 12 LPs, to ensure the adequate supply of weed to meet expected demand," Gracewood said.

"There's a common consensus among the LPs that market demand will be far greater than what our present production capabilities are. It's important for us to come together to develop a foundation that can be best scaled up."

Licensed producers, dispensaries and independent weed growers have been jostling to get a piece of the lucrative retail pie, once recreational weed becomes legal in Canada next summer.

In Ontario and New Brunswick at least, the bigger licensed producers like Canopy Growth and Organigram have emerged winners, effectively shutting out dispensaries, that have been thriving for decades – albeit illegally – from the retail game.

"It's a privately run industry here," said Gracewood, with reference to the way in which alcohol is sold in Alberta. "If we can put together a solution for a market that does not yet have a solution, then we should do that." 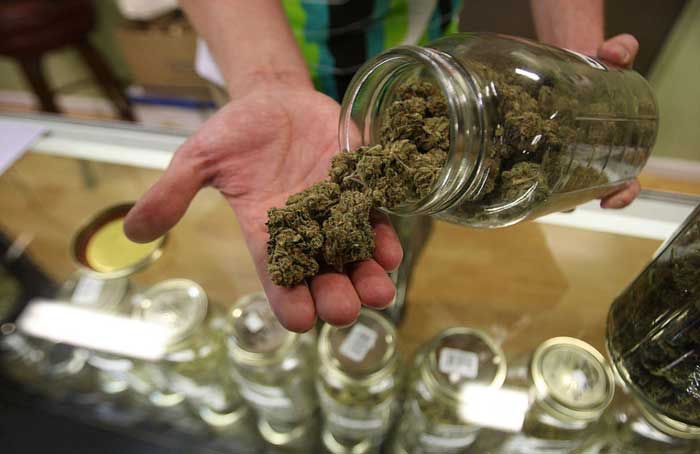 Re: Canada: Group Of Licensed Cannabis Producers Want To Set Up Own Weed Store In Alb

Watching from the netherlands we all should be able to grown our medicine.

Any progress in the world is a piece of pregress for every grower around the world!
My Brand New Journal

Natural Spirit's is back in town!!