Toronto — It's Sunday afternoon and Toronto's Centre for Social Innovation is packed full of marijuana enthusiasts perusing tables of goods.

Everything from marijuana-infused barbecue sauce to medicated body rubs is available at Green Market, where artisans peddle their various craft cannabis products.

Such events, which sell to patients and casual users alike, operate within a foggy regulatory environment. Selling marijuana is illegal unless you are a large-scale producer licensed under Health Canada's medical marijuana regime.

However, licensed producers are only permitted to sell dried cannabis flower and oils, in spite of a Supreme Court ruling last year that said Canadians have a right to access medical marijuana in all of its forms.

"We only carry products that are inaccessible in the current legal medical program," says Lisa Campbell, Green Market co-founder and a marijuana consultant at Mobile Revolutions.

"So for patients we are the only place they can find edibles – it's not available from any licensed producer."

The year ahead is expected to be a pivotal one for Canada's burgeoning marijuana industry, as the federal government is planning to table legislation in the spring that will lay out the ground rules for a legal, recreational market.

"Canada will be the first G7 nation, in 2017, to legalize, regulate and restrict access to recreational cannabis," says Brendan Kennedy, president of B.C.-based marijuana producer Tilray.

"The eyes of the world are on Canada, and it's extremely important for Canada to get this right."
There's also a lot of money to be made in marijuana.

A report published by consultancy firm Deloitte in October estimates that legalizing recreational use of the drug could ignite a $22.6 billion industry in Canada. That figure includes sales of marijuana products as well as ancillaries such as security, transportation and testing labs.

"The real money is in recreational marijuana," says Jay Currie, author of the book, "Start & Run a Marijuana Dispensary or Pot Shop: Wherever it is Legal."

"So these guys who've got millions and millions of bucks invested in candy factories that have been turned into grow-ops really want to make sure that they have a big bite on the recreational side."

Currie is referring to Tweed, which is housed in a former Hershey Chocolate factory in Smiths Falls, Ont., southwest of Ottawa. The marijuana production company is a subsidiary of Canopy Growth (TSX:CGC), and with a market value of roughly $1 billion, it is the largest publicly traded marijuana company in the country.
While licensed producers ramp up their production facilities in preparation for an anticipated surge in demand, boutique cannabis companies are also eager for a slice of the pot pie.

"I personally would like to see something like what they've done in California, where they have 17 different types of licences you can get, including microprocessing, which is probably the category that most small businesses would fall under," says Christa Schadt.

Schadt founded Bliss, a company that makes marijuana-infused lubricants, while dealing with the symptoms of menopause.

"I can't see my 80-year-old grandma wanting to go and roll up a joint for the first time," says Vidal. "But she'd be interested in trying the tea."

Another matter that has yet to be settled is how cannabis would be distributed for recreational use. Under the medical program, licensed producers ship the product to patients via mail.

Ontario Premier Kathleen Wynne has mused about the possibility of having the provincial Crown liquor corporation in charge of selling recreational marijuana. But a federally appointed task force is recommending storefront and mail-order sales.

It's unclear what that would mean for the hundreds of illegal marijuana dispensaries operating across the country, Currie says.

One possibility is that the licensed producers could sell their products through dispensaries, rather than setting up their own networks of stores, he says.

"To build out a set of dispensaries is not a cheap thing to do."

While companies big and small prepare for the advent of a recreational market, consumers shouldn't hold their breath. Expectations are people won't be able to legally buy marijuana until 2018, at the earliest.

"There's going to be some filibustering, I can only assume, from the Conservatives, because they were never in favour of this," says Vic Neufeld, the CEO of Leamington, Ont.-based medical marijuana producer Aphria.
"Once the federal rules are enacted, then the provinces really have to take the federal rules and overlay that with their particular provincial rules, like where and how. That's a long process." 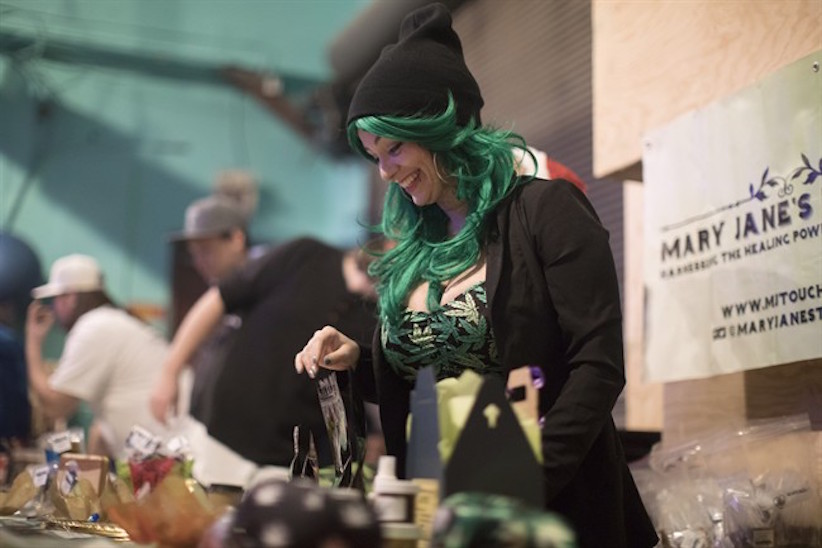