Canada Looking For A Piece Of American Hemp Crop

Canada legalized hemp sixteen years ago. So while the conversation in the U.S. currently focuses on legal issues, our neighbor to the north anxiously waits to talk business. The 2014 farm bill allows for the farming of hemp where state laws have legalized the crop. Colorado, Kentucky, Indiana and Maine are early leaders among U.S. cultivators. Nebraska just passed a law that will open the state's farm acres to the crop. The plant lacks the intoxicating compounds found in its cousin marijuana. It's mostly grown for its fibers and seeds and has been touted as a miracle crop by proponents.

At a recent hemp conference in Adams County, Colo., farmers weighing their chances with hemp got a look at what a legalized industry might look like. Kevin Greenwood, one of the conference's top-billed speakers, spoke with prospective hemp growers about his company, Manitoba Harvest, which makes foods that contain hemp. "We're the largest hemp food company in the world. And vertically integrated, we go right from the producer's field right through to the consumer packaged goods at Kroger, Costco," Greenwood said. The company has been around since Canadian lawmakers legalized industrial hemp in 1998. And as the U.S. hemp industry teeters on the edge of becoming legal, established Canadian companies are ready for a piece of the action.

"Look north. We're happy to give you the answers," Greenwood said. "You're not starting from scratch. The industry's been around in North America, albeit north of the 49th parallel, for 15-16 years now." Cross-border cooperation could jumpstart the American hemp industry, Greenwood said. His presentation is part sales pitch. If and when the legal issues get ironed out, he says, Manitoba Harvest will be first in line to buy American grown hemp. "We do get a little flak from some of our producers who say, 'Hey, we like the fact that we have a monopoly.'" Greenwood said. "Yeah but the problem is, we're not getting enough acres in the ground to support the growth of the industry."

Despite the plant's tricky legal status, the U.S. Department of Agriculture has been vocal about hemp in the past, actively promoting the crop during World War II. The USDA also issued a report in 2000 detailing the economics of an American hemp industry, pinpointing Kentucky, Oregon and North Dakota as no-brainers for where a renewed hemp industry should settle. The USDA recommends Kentucky for its horse racing industry, where the animals' bedding could be made of the plant's leftover stems; Oregon for its paper and pulp mills which could pivot to source hemp; and North Dakota for its large-scale oilseed presses.

Because Canadians farmers, companies and legislators have watched the roll out of this niche crop, there are lessons to be learned, said Eric Steenstra, President of Vote Hemp, the biggest hemp lobby in the U.S. "We watched the Canadians do this in the late '90s," Steenstra said. "They legalized hemp and their farmers started growing it. It takes a little bit of time to develop these varieties, figure out what's going to work the best." If American farmers don't listen to our northern neighbors, they could end up making the same mistakes, Steenstra said.

Lesson one: temper expectations that hemp will be a savior crop for struggling farmers. Two: be strategic with where to plant and capitalize on the American grain belt in the Dakotas, Iowa, Nebraska and Kansas. Three: don't reinvent the wheel, build upon existing infrastructure in Canada. "There's no question in my mind that this could be a multi-billion dollar crop where we could see millions of acres, eventually," Steenstra said. "Is that going to happen in a year or two? Of course not." Canada also makes a compelling economic argument for the plant's legalization in the U.S. If you frame the issue as farmers being denied trade access with Canada, Congressional ears perk up.

"Look, we've got a company here that's willing to sign a contract with a producer to make money and you won't let them," Manitoba Harvest's Greenwood said. "That tends to get their attention." Canada isn't just looking to import American hemp. The country's farmers and distributors have also built export relationships with American companies that turn hemp seed into food and fiber into clothing to export the crop. EvoHemp, a Denver-based protein bar company, churns out thousands of bars each month, packed full of tree nuts, algae, dried cherries and hemp seeds from Canada. Ari Sherman, the company's founder says he's anxious for a U.S. hemp crop.

"Out of all the ingredients that we use, which is about 30 different ones, hemp is by far the most in demand food source that we have," Sherman said. Sherman's company is built on Canadian hemp. The seeds and protein powder are in each bar he sells. He'd like to start buying hemp from American growers, but right now no one's growing on a large scale. That leaves businesses like Sherman's caught in a bind. They like to market themselves as environmentally friendly, but are forced to ship hemp from China, Romania, Ukraine and, of course, Canada. "We're trying to be a sustainable company and sourcing all these ingredients from all over the world can be taxing on the environment," Sherman said. Which means until hemp is grown closer to home, businesses like Sherman's will continue their cozy relationship with foreign hemp growers. 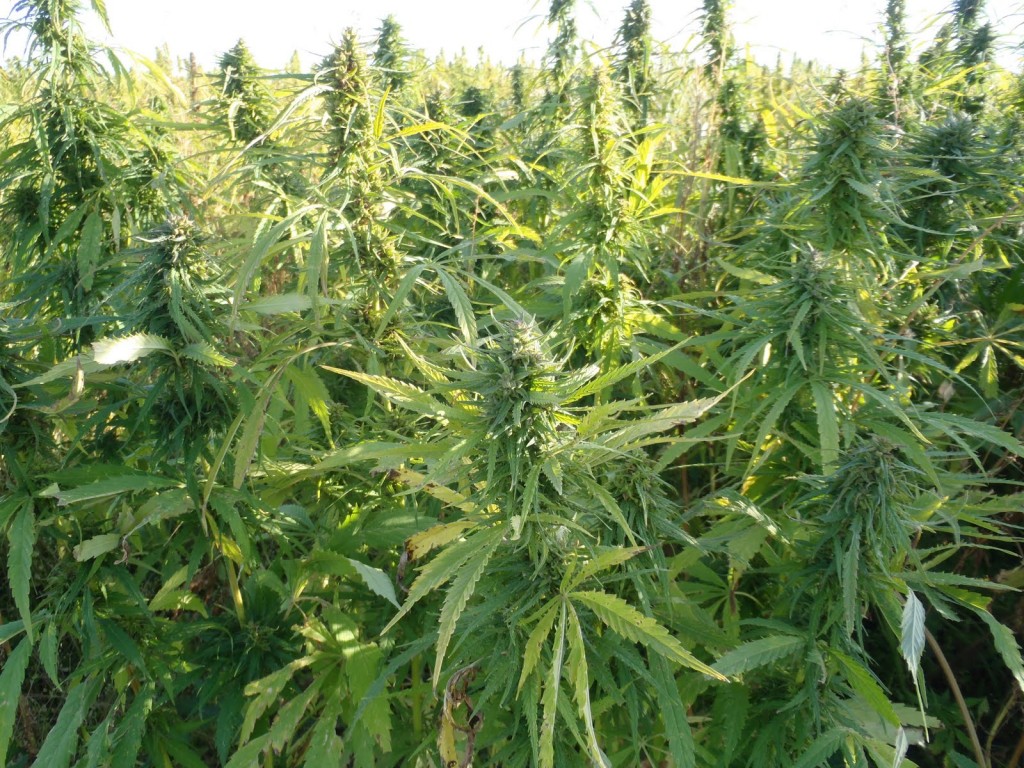