A Moncton man dealing with post-traumatic stress disorder, depression and chronic pain is fighting for permission to vape medical marijuana while staying in the Dr. Georges-L-Dumont University Hospital Centre.

Michel Arsenault says he was prescribed medical marijuana in 2005 to deal with chronic pain after he was injured on the job in 1999.

He has undergone three major back surgeries since and said he tried other medication – including methadone and morphine – to handle the pain.

Arsenault said he became immune to pills and other pharmaceuticals. He said the medical marijuana gave him "great relief."

The Moncton man owns a Volcano vaporizer, a model he says cost $800, covered by the compensation board.

"It's natural and it's easy on my lungs and my throat and if I have to be on this medicine then this is the way to go," he said.

But when Arsenault tried to use his vaporizer, the hospital staff told him he had to either take it outside the facility or exchange it for pills.

He said he has tried Nabilone marijuana pills and Sativex spray, and neither product works as well for him as the vaporizer.

He said he had a discussion with the hospital management but he got nowhere with his concern. He said the head nurse told him there's no smoking allowed in the hospital.

Foulem also said the "subject is presently under study."

Stephanie Neilson. a spokesperson for the Horizon Health Network, said in an email that all facilities in the network are smoke-free.

"No tobacco products/medical marijuana/herbal products intended to be smoked or heated; smoking devices in any form or e-cigarettes/ENDS are to be used, including inside any vehicle parked on the grounds," she said.

But allowing a patient to use a vaporizer for prescribed medical marijuana is not without precedent across Canada.

In June 2014, Quebec's Sherbrooke University Health Centre decided patients could use medical marijuana in their rooms if they were "sick enough."

"They don't know what it is and they don't want to learn," he said.

"It's time we embrace this as a medicine." 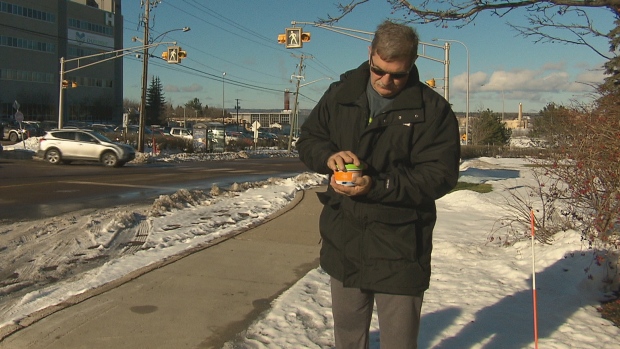