Canada: Marijuana Dispensaries Vary On Rules For Who Can Buy Cannabis

Don Briere stands behind the counter at Weeds Glass and Gifts in downtown Vancouver, surrounded by shelves of multicoloured pipes and clear boxes overflowing with fragrant B.C. bud.

The affable 63-year-old owns 10 stores, making him the owner of the city's largest marijuana business chain, even though selling pot over the counter remains illegal in Canada.

When asked how a customer would buy cannabis, Briere says all one needs is photo ID and proof of a medical condition that might be alleviated by pot - for example, a prescription for pain medication or a bottle of antidepressants.

"We're making it easy for people to get ahold of a real medication that is natural and safe for you," he says proudly. "Every day we sign people up. Every day."

While Briere insists a person needs prescription medication to get marijuana, the same is not true at all dispensaries. Some will set customers up with a naturopath via Skype to make a diagnosis. Others insist on a note from a doctor. There are concerns that some don't ask for any proof at all.

The haphazard requirements are unlikely to change, since the regulations the City of Vancouver is proposing won't apply. So the question of who can buy pot from the stores appears to remain: It depends where you go.

"The city has no jurisdiction on regulating the selling of products - all we can do is regulate land use," explains Tobin Postma, a city spokesman.

The city hopes to create a new business licence category, charge a $30,000 fee, ban pot shops from certain areas and require them to be 300 metres away from schools, community centres and each other.

A staff report says the goal is to ensure public safety while providing necessary access to medical marijuana. Council referred the proposal to a public hearing, ignoring Ottawa's demands that it shut down the illegal stores.

Const. Brian Montague says Vancouver police use a priority-based approach to drugs that focuses on violent crimes. But cops will crack down on dispensaries if there are complaints involving youth or suspected links to organized crime.

Last week, police raided one of Briere's stores after a 15-year-old was allegedly hospitalized after consuming an edible product. Briere, who has been jailed twice for growing and selling pot, says he will fire staff found to have sold to youth.

Montague says the policing of dispensaries won't change if the city moves ahead with regulation - nor can police ensure that everyone buying pot is a legitimate medical marijuana patient.

"I don't think I'm in a position to tell a doctor what they can and can't prescribe for someone's medical condition," he says. "That's definitely not my expertise. But public safety is."

The B.C. Compassion Club Society, Vancouver's oldest dispensary founded in 1997, requires a form to be faxed directly from a doctor's office. Staff call the doctor to verify the prescription and the physician's credentials before setting up an appointment.

The society's Jamie Shaw says it wants to protect severely ill patients from recreational users. There's a big difference between her non-profit and a handful of other dispensaries in the city, she adds.

"We don't have a problem with recreational use, but it is extremely different from medical use," she says. "We just wish if (dispensaries) are recreational, they would just say they're recreational."

The B.C. Pain Society, which runs two dispensaries in Vancouver, allows people without a prescription to declare their need for medical marijuana on a form that must be signed by a notary public.

Director Chuck Varabioff says the society introduced the option because many doctors refuse to prescribe pot.

"Why should that stop you from using marijuana when you know it works for you?" he asked. "This whole industry is so grey right now. There are no guidelines. That's why we've come out with this method." 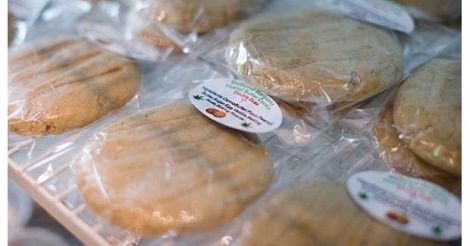 J
Canada: Marijuana Dispensaries Vary On Rules For Who Can Buy Cannabis