The owner of Winnipeg's first medical marijuana dispensary will be in court Thursday facing charges for operating an illegal drug trafficking business.

Glenn Price, owner of Your Medical Cannabis Headquarters, told CBC News his charges are a waste of his and the court's time.

"I'm very concerned about my patients because there's 700 displaced patients now going back to the black market. Where as a whole we could've been giving back to the community," he said Wednesday.

The store is open again but only as an educational centre and lounge, Price said.

"How am I going to raise the money? I'm starting to sell off stuff that I own and I hope that Winnipeggers will step up and donate. I believe it's a travesty," he said.

Price's supporters are expected to be at the courts for a demonstration this afternoon. 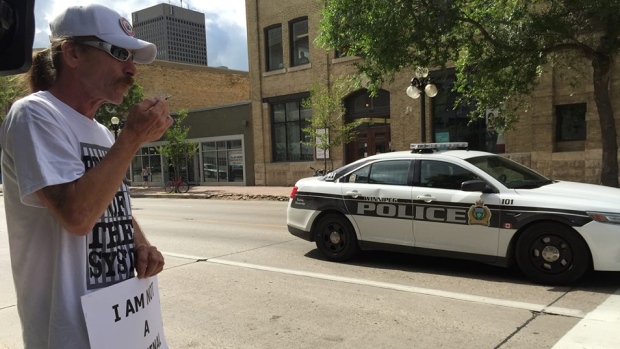