Medical marijuana dispensary owners who stand to be uprooted by Vancouver's sweeping new regulations say they won't disappear without a fight.

Vancouver Coun. Kerry Jang estimated this week that only 15 to 20 dispensaries will be approved after the city processes a whopping 176 applications for business licences.

But owners who are expecting rejection letters say the initial red light from the city will only mark the beginning of a months-long process of appeals and even legal action.

"With any new rules or regulations or licensing, it will take a long time. I do know a lot of dispensaries will file lawsuits," said Chuck Varabioff of the British Columbia Pain Society.

"I'll never file a lawsuit against the city, but I definitely would appeal if I'm told that I have to move."

Jang said in an interview that the city is not imposing a cap on dispensaries, but only 15 to 20 shops are likely to meet its strict requirements — including a clean criminal record and a ban on operating 300 metres from schools, community centres and other pot shops.

The councillor, who first revealed the estimate to local politicians at the Union of B.C. Municipalities convention on Monday, said it was his own calculation and not an official figure.

"That's based on me keeping track of all the various players and people who I've observed in the industry for these last few years," he said. "I keep track of who, for example, has been caught selling to minors."

Although Vancouver currently has more than 100 dispensaries, Jang said 15 to 20 would be more than enough to serve the city's medical pot patients.

"Many of them are clustered in the same area," he said. "The new bylaw would make them spread out."

He said the city is set to begin issuing licences in December. Owners who are rejected can then appeal to the Board of Variance, which has authority over council and city committees.

The B.C. Pain Society is one of two dispensaries on Commercial Drive that is within 300 metres of a private school. The other is Vancouver's oldest dispensary, the B.C. Compassion Club Society.

Spokeswoman Jamie Shaw said the compassion club has been serving severely ill and elderly patients since 1997 and has never heard any complaints from the school, which was built several years later.

"Our best guess is that we will be turned down for the licence because of the school. Then we will go to the Board of Variance and hopefully they will understand that we've been here for 18 years," she said.

"There's no problem between us and the school. We're part of the neighbourhood."

Don Briere, owner of Vancouver's largest marijuana dispensary chain Weeds Glass and Gifts, applied for nine business licences and hopes one or two will be approved.

But he's also preparing for the loss of business in Vancouver by looking at expanding into neighbouring municipalities including Burnaby.

Briere has been imprisoned twice for pot-related offences, but he said the city shouldn't hold his criminal record against him because he has paid his debt to society.

He added that if he finds the city isn't treating dispensaries fairly, he will consider legal action.

"If I see that there's something funny going on, or favouritism seems to be going on, then I would consider filing a misuse of public resources action in civil court and sue for money." 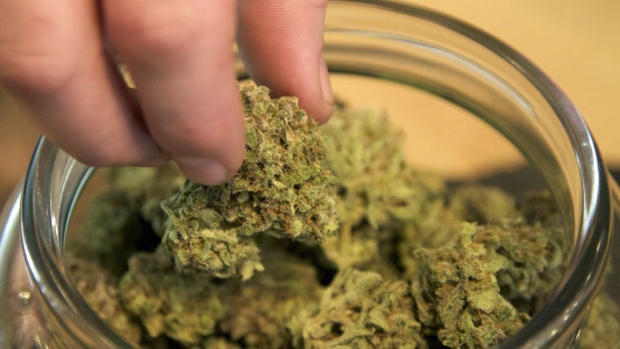