Lawyers will go before a Federal Court judge in Halifax in June to ask the court to certify a proposed class action on behalf of 40,000 medical marijuana users whose privacy was breached by Health Canada in 2013.

There are 2,105 Nova Scotia class members in the case.

A confidentiality order protects the real names of the two lead plaintiffs, a Nova Scotia man who works as a health-care professional and an Ottawa woman who works in the legal field. In court documents, they are identified under the pseudonyms John Doe and Suzie Jones.

June 11 and 12 have been set aside for the certification hearing.

The week of Nov. 18, 2013, Health Canada sent letters to about 40,000 people authorized under the Marijuana Medical Access Program to acquire the drug for medical use or who were licensed to to grow it.

The mail-out had the name of the program and the participants' names in clear view on the envelope.

Health Canada said it was an administrative error.

Before that, all correspondence sent by Health Canada in relation to the program was sent in plain envelopes and did not have sender information or use the word marijuana.

"As soon as it was discovered, my phone started ringing off the hook with individuals who were very upset that Health Canada had, from what I understand, deviated from their previous standard practice of corresponding with members of the Marijuana Medical Access Program," David Fraser, of the Halifax law firm McInnes Cooper, said in an interview Wednesday.

"And the reason why people were very upset was because this exposed their name and their connection with the Marijuana Medical Access Program not only, for example, to Canada Post but also to their neighbours in some small communities.

"We've heard a number of cases where the individual piece of mail was misdirected and went to the neighbour's house. This is very sensitive, private information."

Three other law firms, one in British Columbia and two in Ontario, are also handling the case.

The lawsuit alleges Health Canada was negligent, careless and reckless in sending out the mailing. None of the allegations have been tested in court.

The government has not yet filed a defence.

Since the lawsuit was filed in November 2013, the Federal Privacy Commissioner concluded an investigation that found Health Canada violated the Privacy Act, Fraser said.

The irony, he said, is that Health Canada had sent the letters to permit holders because it was changing the program, as the then-current version exposed people to safety concerns like violent home invasions.

"So in the process of telling individuals that they were subject to these risks, they, in fact, created those risks," Fraser said.

Some of his clients have stopped growing marijuana and storing the plants in their homes and had to significantly increase security at their properties because of the breach, he said.

The plaintiffs are seeking various damages. 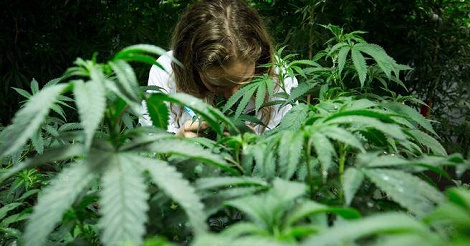