The move toward marijuana legalization is ... still not as coherent as it could be, let's say. The Liberal legislation, unveiled last month, would establish rules around THC-impaired driving that may well prove unconstitutional: science has yet to establish a solid link between a given level of THC concentration in a driver's blood or saliva and his level of impairment. Frustratingly, there are still those who use this as an argument against legalization – as if it would create pot-impaired drivers where there are none today.

Last week on CTV's Question Period, host Evan Solomon asked former U.S. ambassador Bruce Heyman what would happen if someone showed up to the border with his car or his clothes smelling of marijuana. It's a variation of a question that's been asked often: As it stands, Canadians who admit having smoked marijuana in the past are sometimes turned back. What would happen after legalization?

The de facto answer is, as always: Whatever the hell the U.S. border guard in question wants to happen. (It amazes me how many Canadians haven't yet figured this out.) And furthermore: "Don't rock up to the U.S. border reeking of pot, you utterly unsympathetic tool."

The de jure answer: Well, who knows? Why would Canada's decision to legalize marijuana have any bearing on the admissibility of foreign pot-smokers to the United States of America?

Heyman's answers were more, er, nuanced than mine. Bafflingly, he started talking about sniffer dogs and their performance limitations: They won't care that pot's legal, so they'll still detect marijuana, and that will bog down the border.

Now, marijuana legalization certainly might lead to a bogged-down border – if humans, not canines, decide to bog it down. For example, one can imagine Donald Trump thinking legalization necessitated much more aggressive screening of incoming motorists, and not caring too much about the trade implications. Whether that makes any sense is another question.

The border doggos aren't going to smell any more marijuana unless people crossing the border bring them more marijuana or marijuana-smelling things. No one is predicting a massive spike in marijuana consumption under legalization. And as for smugglers, there must be a few Americans dumb enough to risk a federal conviction bringing a small quantity of heavily taxed Canadian weed across the border, instead of risking little to nothing by calling their guy when they got home. But a tightly regulated retail marijuana market is simply not a plausible source for a surge in cross-border pot traffic.

Perhaps counter-intuitively, the move toward legislative reforms with respect to illegal opioids is proceeding much more smoothly. The debate over Bill C-37, which would dramatically loosen restrictions on safe-injection sites, has been admirably civilized. The Senate Committee on Legal and Constitutional Affairs suggested some defensible amendments, notably mandating safe-injection sites offer "alternative pharmaceutical therapy" – methadone, for example, which is used to wean addicts off heroin.

The government politely demurred, suggesting the law could stipulate a safe-injection site "may" offer such treatment without trying health care professionals' hands or restricting safe-injection sites to locations that can prescribe drugs. Soon, more and more of the most vulnerable Canadians suffering amidst an astonishing opioid addiction epidemic should have, at least, a safer place to suffer.

We have come a long way from the days when the perfect ran roughshod over the good: the government must only encourage treatment and recovery; to reduce the risk of drug abuse was to sanction it. That argument has all but vanished from the political scene. And there is potentially further to go: Health Canada has made it easier for doctors to prescribe diacetylmorphine – which is to say to prescribe heroin, only made by a pharmaceutical company instead of Some Random Creep. It hasn't caused much controversy. Once you offer people a place to shoot themselves full of unknown junk, maybe you offer them something better than unknown junk.

As more and more Canadian families discovered just how nearly impossible it is to impose treatment on someone who doesn't want it, and for those who do want it to make it stick, perhaps it's natural that this shift occurred. Thousands upon thousands of people from all segments of society have died for want of someone to revive them when they overdosed. The prospect of keeping them alive, at least, became too compelling to ignore.

Marijuana is hardly a problem at all by comparison, of course. But much of the logic is common to the two debates: recognizing the futility of prohibition, acknowledging its harms and trying to mitigate them, ensuring an unadulterated product. It's vastly more important Ottawa get it right on opioids than on marijuana; it's also much easier for Ottawa to get it right on marijuana. It's maddening to contemplate how plausible an outcome failure remains. 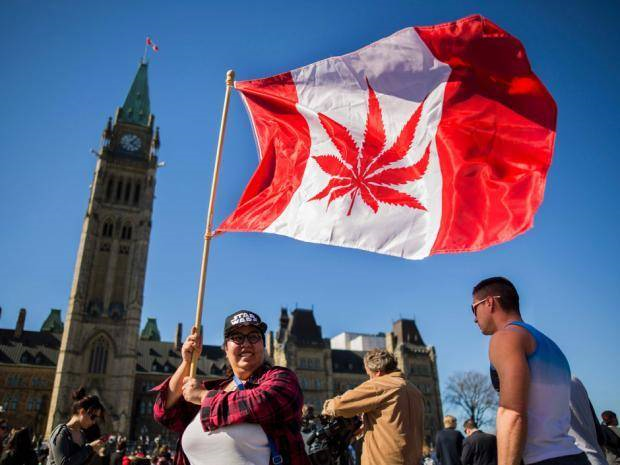