If regional politicians have their way, Niagara residents nabbed with a joint in their pocket soon might not face a possible criminal record and jail sentence. That's because the majority of regional council members are backing a call from the Canadian Association of Chiefs of Police, which is asking the federal government to amend legislation to allow police officers the leeway to issue tickets – rather than laying criminal charges – to people caught with 30 grams or less of marijuana. At present, anyone convicted of possessing small amounts of marijuana can be jailed for up to five years, and first-time offenders can face fines of $1,000 and up to six months in jail.

"We talk about the strain on our police resources constantly," he said. "The chiefs of police have taken a sound, rational, responsible position with respect to marijuana legislation." In a recent report he submitted to the police services board, McGuire said at present police only have the option when someone is caught with a small amount of pot of either turning a blind eye or laying charges, "resulting in a lengthy, difficult process" that can lead to a criminal record. He noted the police chiefs' association is not asking for pot to be decriminalized, noting cannabis can have a negative impact on people's health, and that studies have linked it with mental illness among teens and young adults.

Fort Erie Coun. John Teal said whether or not pot charges strain police resources should be irrelevant. Giving cops the option to issue tickets rather than laying charges is in essence decriminalizing pot possession, he said. "The law is the law," he told council. "The enforcement of the law is the responsibility of the police. That should not depend if their resources are strained or not." Council members voted 19-5 to endorse the police chiefs' position, and to send the resolution to local MPs and to the Federation of Canadian Municipalities. 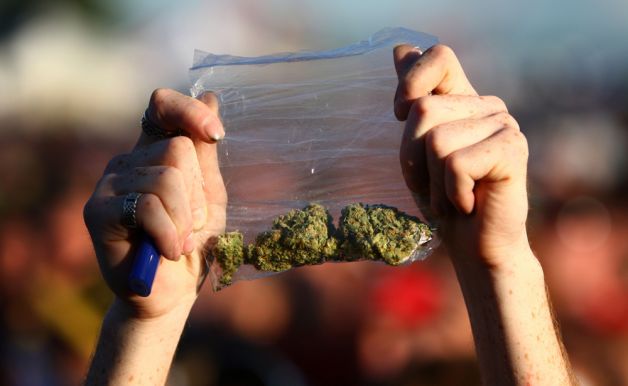 A Ticket For Possesion