Senators are pressing to include Prime Minister Justin Trudeau in a group of ministers who would appear in the Senate chamber to face questions about government legislation that would legalize cannabis in Canada.

At least one of the senators, a Liberal, argued in the Senate Wednesday the government's minister of youth should be include in the cabinet contingent, although she was surprised to learn the minister responsible for the youth portfolio is Trudeau.

The possibility of Trudeau appearing in the Senate in February for a grilling over Bill C-45 surfaced as the Upper Chamber was tying lose ends in preparation for a winter adjournment they hoped would take place Thursday.

On Wednesday, the leader a handful of government representatives in the Upper Chamber, Sen. Peter Harder, moved a motion calling on the Senate to receive the three central ministers involved in the legislation, along with Liberal MP Bill Blair, the parliamentary secretary and former Toronto police chief who has been the most prominent spokesperson on the file.

Liberal Senator Lillian Dyck argued the bill will have a "tremendous impact on our youth" and suggested the inclusion of youth representatives of Crown-Indigenous Relations Minister Carolyn Bennett.

"And have you considered asking, I don't know if we even have a minister of youth," Dyck added.

Earlier in the debate over Harder's motion, Conservative Senator and former Ottawa police chief Vern White also mention Trudeau as someone who should appear, as well as the entire cabinet.

"I'm looking for a commitment from you that you will make an expression of interest to all of cabinet, including the prime minister," White said. "It was his legislation that he brought forward previous to the election."

Harder, who expressed the same point of view in response to Dyck, said he was open to suggestions.

"This is by no means meant to be exclusive, it is meant to be a start," he said. "If there are other ministers that senators wish to hear from, I undertake to make best efforts to ensure that happens."

By Thursday, as the Senate was set to work into the evening to be able to adjourn for the winter break, there was some movement on the cabinet-appearance motion, though it had not yet been widened to include Trudeau.

A motion to split the large cabinet group into two separate question sessions, with two cabinet representatives at each session, prompted a late afternoon vote to delay the Senate wind-up even further.

Harder's motion calling for the ministers and Blair to appear for questioning on the bill in the Senate passed Thursday by a vote of 43 to 32. Only Conservative senators voted against the motion.

Harder said he introduced his motion prior to the adjournment "so there is predictability in how we will proceed." 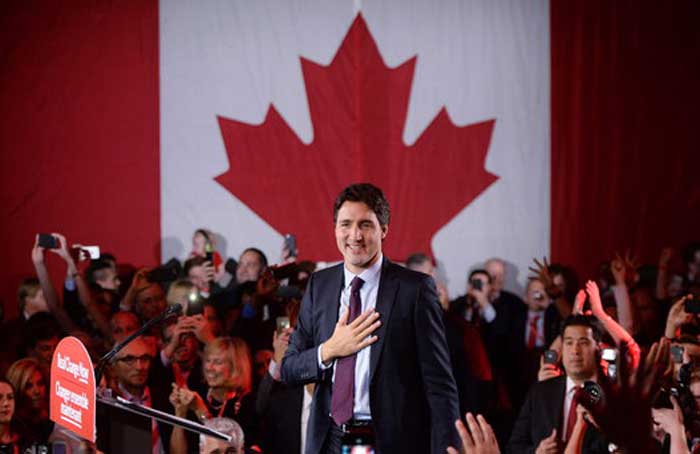