Canada: The Problem With Cities Asking For A share of the marijuana tax

Legalizing marijuana in a country like Canada is a difficult task. In fact, some days, the individual asks and needs of 10 provinces and three territories makes the job seem almost impossible.

Each province and territory, after all, will be responsible for determining how the drug is to be regulated and distributed, resulting in a mix of public and private–or both–retail models, across the country. It's a complicated web to figure out before the summer 2018 launch suggested by the government.

But on Dec. 11, the federal government struck a generous deal with its provinces and territories to give them 75 per cent of marijuana tax revenue to help cover the costs for policing, health and education programs. It's being hailed as a step in the right direction. But the announcement was then immediately met with another wrinkle: cities are asking for a piece of the pie, too.

"Local governments are on the front lines of implementing the federal commitment to legalize cannabis across Canada," said Jenny Gerbasi, the President of the Federation of Canadian Municipalities (FCM), in a statement. "Our communities are where cannabis will be sold and consumed, and our priority is to keep Canadians safe and well-served, on Day 1 and long-term."

Gerbasi went on: "Legalization means significant new enforcement and operational costs for municipalities–for our local police and up to 17 different municipal departments. It makes sense to use cannabis excise tax revenues to ensure these costs don't become a barrier to keeping Canadians safe."

If anyone missed the memo that marijuana legalization is more about safety and government control, rather than liberalizing the use of the drug, this statement–suggesting that marijuana revenues are needed to add to police budgets–delivered the news in the starkest of terms. Indeed, those caught with possession of marijuana in the interim will still face convictions, and immediate decriminalization of the drug is not on the agenda.

The FCM's job is to ensure that local governments are well-suited to carry out their responsibilities. But if a mass inflation of police budgets across the country is to occur, then we need to further examine the history of the criminalization of marijuana, and the role policing has played in it.

Long story short, policing marijuana use in Canada has had a violent and disastrous impact on many Black, Indigenous and racialized communities. A Toronto Star investigation reported that "Black people with no history of criminal convictions have been three times more likely to be arrested by the Toronto police for possession of small amounts of marijuana than white people with similar backgrounds." But very little data on the matter exists. An article written by Evan Solomon describes the wild goose chase he went on in search of data to support a statement by Bill Blair, the Liberals' parliamentary secretary to the justice minister who said that racialized people are disproportionately criminalized for marijuana procession. Solomon found that very little data was available to support the claim by Blair, despite the support of other academics and the existence of data showcasing disproportionately high rates of Black and Indigenous peoples in federal prisons. This specific kind of data should be collected.

But we don't need these specific data to know the different way marijuana policing works for Black and racialized groups is part and parcel of a larger problem. We see the differential relationship in how carding or street checks have played in municipalities across the country in surveilling and targeting Black and Indigenous peoples: In Edmonton, the CBC reported that Indigenous women were nearly 10 times more likely to be stopped and checked than white women, while in Halifax, 41 per cent of street checks were of Black people, even though they only comprised 3.6 per cent of the population. Stereotypes of who is considered a criminal are embedded within the Canadian consciousness, and once marijuana is legalized, the mentality of law enforcement and its procedures won't automatically change.

Given these concerns, it's important to decipher where the demand for additional policing costs actually lies. If passed, Bill C-46 (An Act to Amend the Criminal Code) will allow police officers to ask drivers to do roadside saliva tests, to check for those who are driving under the influence of the drug. Costs for obtaining and training with such equipment will certainly be needed, but whether this will actually require additional police officers or funding is relatively unknown. Last week, the province of Ontario passed its Cannabis Act, which also seems to call for additional policing. Illegal dispensaries operating in the province will be forced to shut down, or face up to $1 million in fines or jail time.

Municipalities getting a share of the marijuana tax revenue is a form of progressive tax distribution. But not if the impact that policing has had on Indigenous and racialized people, and how larger police budgets can exacerbate the problem, remains unacknowledged. Any push to inflate police budgets across the country should not happen without accountability from law enforcement and acknowledgment of how Black and other racialized groups have been disproportionately criminalized in the past. Disclosure of what additional policing costs provinces and municipalities will incur is the only way Canadians can hold governments accountable and ensure that funds are being appropriately used.

The federal government is cited countless times as stating their goal is to keep cannabis out the hands of "criminals" once it is legalized. But if, as a society, we fail to interrogate our own biases about those who have been stereotypically deemed criminals, we risk continuing the same trend of hyper-surveillance and criminalization of Black, Indigenous and racialized people in this new era of legalization. 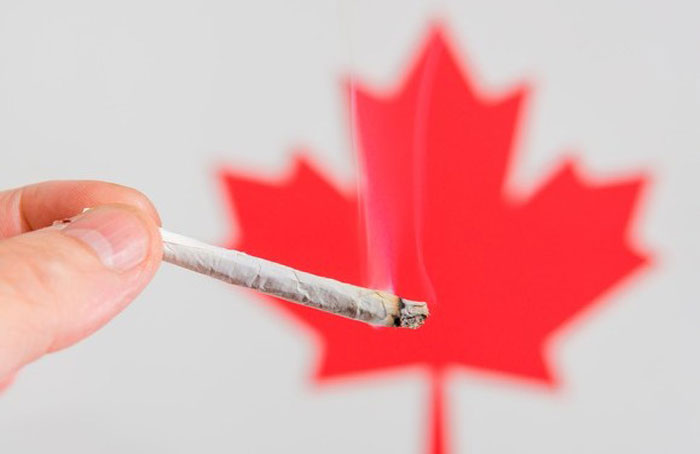 Canada: Tory Says Cities Should 'Absolutely' Get A Cut Of Marijuana Tax