In the past year, there has been an explosion of marijuana-related businesses. Storefronts selling marijuana are clearly prohibited by federal laws, says a report going to Victoria councillors Thursday.

A year ago, there were only four marijuana-related businesses operating in the city. Now there are 18, including businesses that sell drug paraphernalia and provide medical advice or consulting relating to the use of medical marijuana.

Victoria police and city bylaw enforcement officers say they receive a variety of complaints about some of these businesses, including an increase in unwelcome foot traffic, odour, questions about the safety of food products being sold and other health issues as well as exposure of youth to the sale of marijuana.

“VicPD is also concerned about the possible infiltration of organized crime and the lack of effective or reasonable security measures at these businesses for both the protection of employees and robbery prevention,” the staff report says.

The report says the city has few options. It can enforce its business bylaws - ticketing and ultimately going to court; or it could follow Vancouver’s lead and amend existing bylaws to deal specifically with these businesses.

Victoria staff are recommending that rather than waiting for a complaint, bylaw officers investigate the sector and force operators to comply with business licence regulations or face ticketing and/or suspension or revocation of licences.

Businesses found supplying medical marijuana directly to customers would be in violation of a business licence or would not qualify for a licence and presumably have to shut down.

“We can say, ‘You’ve got a business licence to be a consultant and sell pipes. We see you’re selling marijuana. You’re in contravention of your business licence,’ ” Helps said.

Just how effective it would be is open to debate. To revoke a business licence, city council would first have to hold a public hearing.

Ted Smith, who began the Cannabis Buyers Club about 19 years ago, operating as a non-profit on Johnson Street, said he has never had a city business licence and suspects if the city follows through with the staff recommendation, there will be resistance.

“We’d probably end up in court fighting it somehow, if they were coming in and being all threatening with fines and stuff like that,” he said.

“We wouldn’t just back away. We’ve been raided at our store four times in the past. It’s been years now, but we’ve had the gun to our head before. We’re going to stand our ground for patients because we know how important our organization is to them,” Smith said.

Vancouver hopes to create a new business-licence category, charge a $30,000 fee, ban pot shops from certain areas and require them to be 300 metres away from schools, community centres and each other.

Vancouver city staff say the hope is to ensure public safety while providing access to medical marijuana. Council referred the proposal to a public hearing.

But the federal government says rather than attempting to regulate pot dispensaries, Vancouver should shut them down.

“While some in Canada seek to make marijuana available in stores, just like alcohol and cigarettes, this irresponsible approach sends a terrible message to our youth and would make it easier for them to buy and smoke marijuana,” federal Health Minister Rona Ambrose said in a letter to Vancouver council. “Storefront sales of marijuana are illegal and, under our government, will remain illegal.” 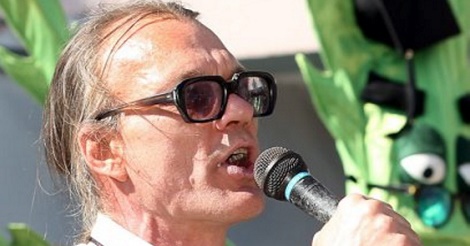 May 5, 2015
Jacob Redmond
J
K
BC: Victoria Pushes Ahead With Marijuana Dispensary Regulations