Canada: What The Supreme Court Decision On Marijuana Means To A Three-Year-Old Girl

Kyla Williams' family is breathing a sigh of relief this week – they are no longer committing a crime just by giving the three-year-old Summerland girl the medicine she needs.

And the Supreme Court of Canada decision that struck down federal government restrictions on how medical marijuana can be administered may also give researchers the green light to study why it works.

Kyla's case is well known by now. She has a rare form of epilepsy that resulted in hundreds of seizures every day and no other medications worked until her her caregivers tried cannabis oil a year ago.

While the courts have long said marijuana should be made accessible and legal for medicinal purposes, the federal government held its ground that medicinal marijuana is only available in dried form. Smoking marijuana is legal; Kyla's oil–free of THC, the psychoactive ingredient sought by recreational users–was illegal. That changed Thursday, June 11 when the Supreme Court struck down that narrow interpretation, and that means Elaine Nuessler no longer has to fear authorities stopping the treatments.

"We are extremely excited about the ruling," she says. "It means that Kyla won't be cut off her medication. She is only on the oil now and that was my biggest concern."

Even if the court had upheld the ruling, Nuessler admits her family would have continued administering the oil because it's the only thing that works.

Kyla was first diagnosed with a rare form of epilepsy when she was just a year old. Pharmaceuticals helped for a while but within months she was again having hundreds of barely-noticeable seizures a day. Since they started giving her oil extracted from cannabis, her seizures all but stopped.

"We couldn't even count the number of seizures before because they were one after the other," Nuessler says. "Now some days she doesn't have any."

Still, the Nuesslers aren't planning on stopping advocating for the medicine they say works for all kids like Kyla.

The best part of the plant for treating kids with epilepsy, she says, is the trichomes. High in CBD (the beneficial molecule) but low in the psychoactive THC, trichomes are difficult and dangerous to extract outside of a lab. Now Kyla's family is hopeful the Supreme Court decision will allow scientists to start providing an oil that is more consistent and predictable than what they can get at a dispensary.

"These are children we are administering medication to so they can't tell us how they feel," she says. "We can only observe what happens. We want to be able to get a really clean, good product legally. Hopefully the ruling makes that possible."

Nuessler says a scientist at Simon Fraser University approached them months ago to study Kyla and the protein and sodium channels in her brain before and after CBD was introduced.

"He applied to Health Canada and they gave him the approval as long as the product was pure in CBD, which is very difficult, and as long as it's legal. Of course it wasn't legal so how can they do the study?" Nuessler says. 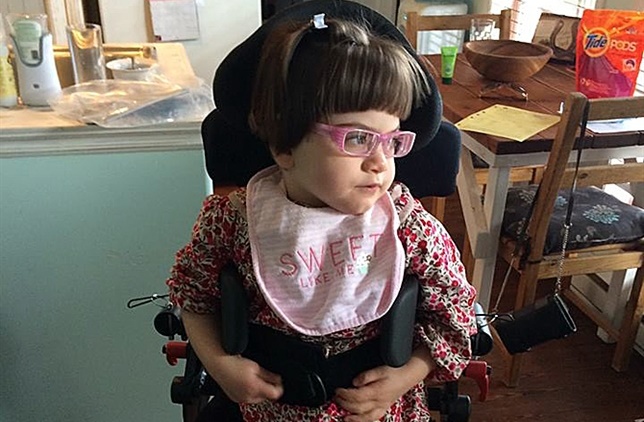 Re: Canada: What The Supreme Court Decision On Marijuana Means To A Three-Year-Old Gi

Poor little thing , hundreds of little seizures a day will take a toll on her brain


THC laden oil would work and is easily available. normally they give babies/kids who suffer from seizures phenobarbital in liquid form.

Phenobarbital is a barbiturate , being so it's a well know street drug and is VERY potent much more potent and incredibly more dangerous then THC.

Its amazing how much bullshit doctors can be full of ... barbiturates for babies but no THC , what a sad joke.
Remo nutrients RDWC Sterile Res