An Oshawa, Ont., woman with epilepsy seems to have finally found a way to reduce her debilitating seizures: a daily dose of marijuana brownies.

Stephanie Ayotte, 22, experienced several seizures daily since the age of four. Over that time she has fallen down stairs, broken her legs, and experienced difficulty exercising and socializing.

She tried numerous medications but they either didn't work or caused psychotic side effects that her mother, Jennifer Ayotte, says were worse than the seizures.

Last August, a doctor suggested marijuana, so Jennifer started ordering buds from B.C., grinding them up and cooking them into butter that she baked into brownies.

Stephanie began to go days without seizures. She is now down to only about a 12 mild seizures per month. She has stopped using a wheelchair, no longer feels exhausted and is even able to skate and run.

"We were really shocked," says Jennifer. "We thought, 'Wow, how is this happening?'"

Jennifer says she's sharing her daughter's story because she hopes more research can be done to establish that marijuana is a viable treatment.

"If physicians can be confident that they can issue prescriptions for this because they do have the clinical data," she says, "that's really where we would like to go."

Ayotte isn't the only Canadian reporting miraculous results after a switch to a marijuana regimen. Calgary mother Sarah Wilkinson's told CTV Calgary last April that her daughter Mia experienced a dramatic reduction in seizures after taking marijuana in an oil form.

Dried marijuana, although not oils, are legal in Canada for medical purposes if a "healthcare practitioner supports the use."

But doctors are reluctant to prescribe it to children. Dr. Berge Minassian, a neurologist and pediatric epilepsy expert at Toronto's Hospital for Sick Children, told CTV in 2013 that there was little scientific proof that cannabis is either safe or works.

The U.S. Food and Drug Administration (FDA) has since given approval for a New York University study on a medicinal form of marijuana for the treatment of epilepsy in children. 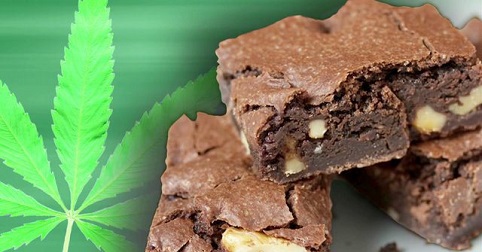