Marc Emery may have been sidelined by a four-year prison sentence for selling marijuana seeds online, but his wife says he is still relevant to the ongoing debate about the legalization of marijuana. The so-called "Prince of Pot," a former Vancouver resident, has served his time, and Jodie Emery expects to greet her husband in Windsor, Ont., at the Canada-U.S. border on Tuesday. The couple plan to do media interviews in Toronto and attend a party, resuming a campaign of advocacy for the legalization of marijuana that was interrupted with his arrest and prosecution in the United States.

Mr. Emery, 56, expects to be back in Vancouver on Aug. 17. He has previously disclosed a series of speaking engagements in Ireland, Spain and Vienna as he acclimates to freedom. "Mark was a pioneer. He helped lay the groundwork to get us to where we are today," his wife said from Toronto on Monday, while awaiting a flight to Windsor to meet her husband. "Even if he is no longer a controversial, outrageous marijuana activist, he's still a political activist." She added: "He is still relevant. We have thousands and thousands of Canadians looking forward to meeting him, working with him, telling us, in his absence, they have become activists while he has been away because they wanted to make a difference and they're looking forward to working with him now."

In July, Mr. Emery was processed for release from a medium-security U.S. federal prison in Mississippi. He spent 1,590 days in custody for operating a mail-order pot-seed business. In an Aug. 8 interview with Maclean's magazine, he blamed "bureaucracy" for his delayed release, saying the Canadian government took his passport when he was arrested in 2005 and he is awaiting processing by the U.S. to allow his return. Mr. Emery returns to a changed situation. The leader of a major Canadian party, Justin Trudeau of the federal Liberals, is calling for marijuana legalization, and recreational marijuana use has been legalized in two U.S. states, Colorado and Washington. Even the U.S. district attorney who prosecuted Mr. Emery after his arrest nine years ago has called for the taxation and regulation of marijuana.

But Graeme Bowbrick, one of four former B.C. attorneys-general who signed a letter in 2012 calling for the taxation and regulation of adult cannabis use, said Mr. Emery has something of note to say. "I think he's still relevant. While the debate has moved ahead, we still have an intransigent federal government in Canada and so the debate continues," said Mr. Bowbrick, the province's attorney-general in 2000 and 2001. "Someone who, for his principles, whether we agree with them or not, spent time in a U.S. prison still has something to contribute to the discussion."

Meanwhile, Ms. Emery said she still hopes to run for the federal Liberals in Vancouver East, a riding the NDP has held since 1997 and won with about 63 per cent of the vote in the 2011 election. She said she picked up her papers last weekend to file to the party's green-light committee, which will vet her to see if she passes muster for the nomination process. On Monday, the Liberal Party of Canada, through an Ottawa spokesperson, declined comment on her candidacy.

Earlier this month, during a B.C. Day barbecue in Vancouver, Mr. Trudeau told The Province newspaper he had not met Ms. Emery. "I certainly don't have anything to say on her status as someone who could or couldn't be a candidate," he said. "There's a whole process to go through on that and I'm going to allow the process to function in this situation." 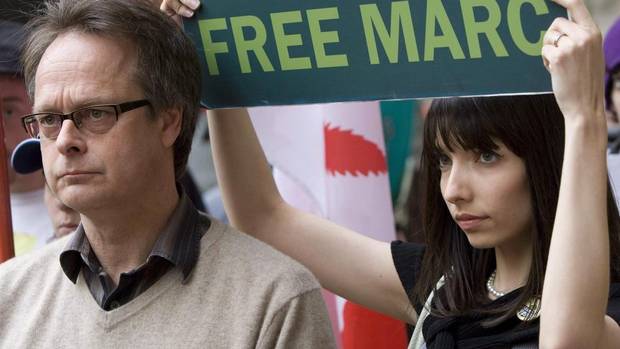 Free at last. I thought the sentence was five years? Is this federal mercy? Either way, I hope to meet the man someday.

Emery's Wife To Take Over Business