Canadians consumed an estimated C$5 billion ($3.8 billion) to C$6.2 billion worth of cannabis in 2015, a study by Statistics Canada showed on Monday, ahead of the nationwide legalization of recreational use of the drug next year.

Using existing data sources, the study estimated there were 4.9 million medical and recreational users of cannabis aged 15 and older in 2015.

Medical marijuana is already legal in Canada, and the country plans to allow recreational cannabis federally by July 2018, making it the first Group of Seven country to do so.

That would make the cannabis market about one-half to two-thirds the size of the C$9.2 billion beer market, the study said, though it noted there is "considerable uncertainty" around the level of cannabis consumption because of methodological difficulties and missing information.

Consulting firm Deloitte has estimated sales of recreational marijuana could be as high as C$8.7 billion a year once legalized.

The study also found that the demographics of marijuana use have changed in recent decades. While cannabis was predominantly used by young people in the 1960s and 1970s, two-thirds of users were over the age of 25 by 2015.

The study is part of Statistics Canada's efforts to measure the economic and social impacts of legalized cannabis. The agency said last month it will begin incorporating marijuana consumption and spending estimates into economic growth figures in November 2019.

The provinces and the federal government came to an agreement last week on how to divide an estimated C$400 million in annual tax revenue from cannabis sales for the first two years. 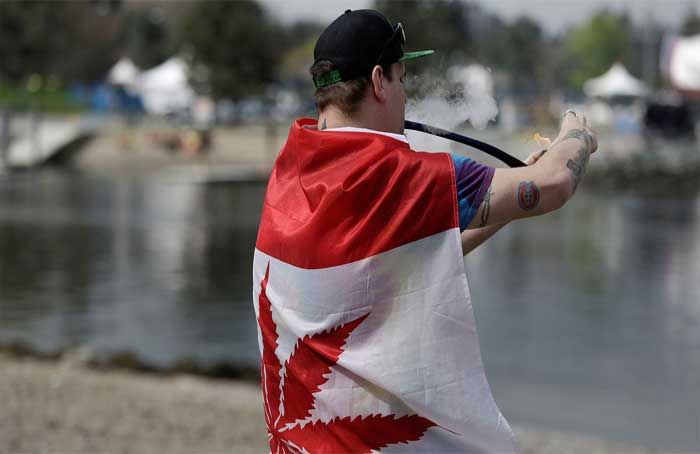 Canada Spends As Much On Marijuana As Wine