The United States tax code offers businesses the opportunity to deduct expenses on tax returns, including items such as payroll and rent. That can significantly lower a company's tax bill. Unless you're in the marijuana industry.

The reason why? Provision 280E in the Internal Revenue Code. It forbids businesses engaged in the "trafficking of illegal Schedule I or Schedule II substances" from deducting normal business expenses from business income.

In a new report, the policy council for the National Cannabis Industry Association wrote that the tax code "amounts to a major financial burden for legitimate cannabis businesses."

Why the provision exists.

In other words, highly illegal.

This causes all manner of issues for businesses, not least making it practically impossible to get normal bank services. Banks that work across state lines won't work with cannabis businesses for fear of running afoul of federal law. Meanwhile, politicians at the federal level continue to debate the relative merits and dangers of marijuana even as states legalize it.

The original intent of provision 280E in the tax code was to further penalize those engaged in a criminal practice. But now the provision seriously impacts legal cannabis businesses.

Without the ability to deduct business expenses, some marijuana companies face as much as a 70 percent tax rate, according to the association report. In some cases, the federal tax can exceed the net profits for a business.

U.S. Treasury Secretary Steve Mnuchin has said his department is reviewing changes in the code to level the playing field for all businesses, according to the report, but no action has been taken on 280E. The report argues that ending the provision would not only benefit those in the marijuana industry, but also the federal government.

Judy Xanthopoulos, a former Joint Committee on Taxation staffer, wrote for the association report. She argued that by allowing a marijuana business to deduct expenses and increase profit margins, more businesses would move into the legal marijuana industry. That would mean more tax revenue for Uncle Sam.

It also would further increase the risks — and reduce the advantages — of trying to run a black-market marijuana business, she wrote. 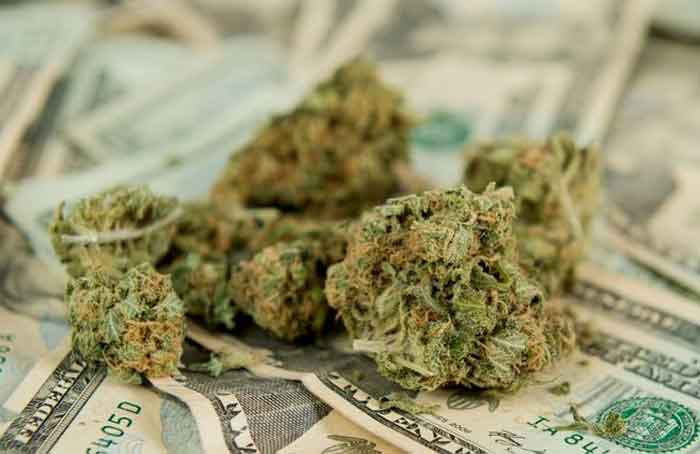