UK - Mike, 63, was diagnosed with liver cancer in 2009 and was given a transplant. But in late 2012 he learned cancer had attacked the replacement organ. In desperation he began researching online and found a YouTube video advocating the use of cannabis oil for cancer. He decided to try it — and claims that three days after taking the banned Class B drug his excruciating pain disappeared. Two weeks later he began coughing up blood, which he believes contained the dead cancer cells. The grandfather-of-nine went for a biopsy at the Royal Free Hospital in London in May and doctors told him the cancer cells had gone.

Retired builder Mike, of Hastings, East Sussex, recalled: "Finding I could die was terrible, so I began searching for something that could help me. "I couldn't accept that I was going to die. And when I found I was cured I was completely shocked. "I'm a normal family man, not a druggie. But I had a serious illness and this helped. I can't believe cannabis oil isn't being used regularly as a treatment. It is a miracle cure. The NHS should use it."

Mike resorted to illegally buying the substance from a dealer and used it to make his own tablets, taking one a day. He is now campaigning for law changes to allow medicinal use of cannabis. He spoke at a debate on the subject with Professor David Nutt and Green MP Caroline Lucas in Brighton. Mike's claim came as research published last week by the University of East Anglia revealed the main psychoactive ingredient in cannabis, Tetrahydrocannabinol or THC, can help fight cancerous cells.

"We have provided an important step towards the future development of therapeutics to reduce tumour growth." A number of organisations, including Cancer Research UK, are investigating the medical use of cannabis. Cannabinoids are known to affect brain and nerve activity, energy metabolism, heart function and the immune system. The Royal Free Hospital confirmed that Mike has received no further cancer treatment since his transplant. 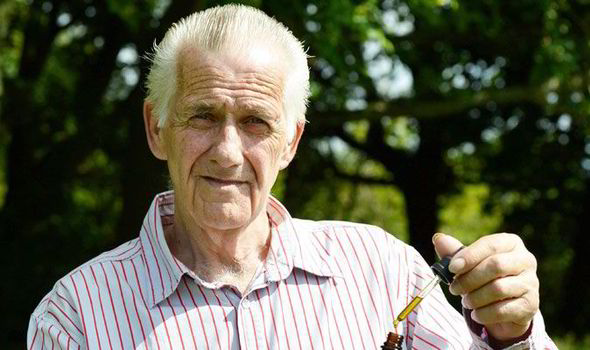