Australia - A Lake Macquarie woman whose ''aggressive'' breast cancer spread to various parts of her body including her spine and lungs credits her remarkable recovery to cannabis oil. Awaba woman Susannah Patch, 44, is one of a growing number of Hunter people who have treated themselves using an underground network of cannabis oil suppliers. Although she had surgery, radiotherapy and chemotherapy, Ms Patch says most of her improvement has come since stopping chemotherapy against the advice of the cancer specialists and continuing with cannabis oil.

The state government is considering allowing the medical use of cannabis for pain relief, pending a clinical trial and a report on the findings. An assistant in nursing working in aged and disability care before her illness, Ms Patch said she was speaking out in order to encourage debate about a controversial subject. Ms Patch was diagnosed with a ''grade-three invasive duct carcinoma'' in her left breast in July 2011, after noticing a lump. Within days the tumour was removed by a lumpectomy. Two lymph nodes were removed soon after, one of them showing the disease had spread.

In August 2011 doctors removed 10 more lymph nodes, which were clear, and she began four weeks of radiotherapy the next month, having refused chemotherapy. ''I had seen my father die a very painful death of lung cancer and I did not want to go down the chemotherapy route,'' Ms Patch said. After a year without further trouble, she developed pain in her right hip and scans revealed the cancer had spread to the bone. In December 2012 she was back in the Mater, where she had two weeks of radiotherapy on her hip but found the cancer had spread to other parts of her body, including her lungs and spine.

She discovered that doctors were describing her condition as ''terminal'' when pursuing benefits from Centrelink. ''At the same time I had a visit at home from palliative care but I told them they were too early, that I wasn't going anywhere.'' With the disease now widely metastasised, Ms Patch said she agreed to oral chemotherapy, with morphine for the pain. By June 2013, the cancer was still spreading, and in August she began another, intravenous chemotherapy treatment, which the doctors ''said would be for as many months as I lived''.

Also in August 2013, Ms Patch began taking cannabis oil, initially in ''big doses''. She still had ''extensive metatastic disease'' in her hip, spine and lung but by October 2013, her test results showed a ''marked improvement'' in her lungs and chest space. Against the advice of the Mater oncologists, Ms Patch stopped chemotherapy in December but continued with 12-weekly tests.

Ms Patch said she was continuing to take a much smaller daily dose of cannabis oil and was looking forward to her next check-up. The Newcastle Herald sent a copy of the two tests to the Mater for comment, along with a series of questions about Ms Patch's recovery. A spokeswoman said: ''In the absence of a full and comprehensive investigation of this case we are not in a position to comment. This is a matter for the patient and her doctor to discuss. We are pleased that the patient has had a positive outcome.'' While the Mater declined to comment, a scientific paper provided to the Herald by Hunter Medical Research Institute oncologist Professor Stephen Ackland says that ''cannabinoids are not yet approved for the treatment of tumour progression, although their antitumourigenic effects have been known for over 30 years'.

In the August 2013 edition of Cancer Management and Research, University of Otago researchers Belinda Cridge and Rhonda Rosengren say the body's own cannabinoid system appears to be ''altered during disease states'' and that it is ''still difficult to explain the myriad of results around cell survival'' that have occurred when cancerous cells are treated with cannabinoids. ''It is a distinct possibility that the cannabinoids may have ''a place in the future treatment of cancer,'' the authors conclude. 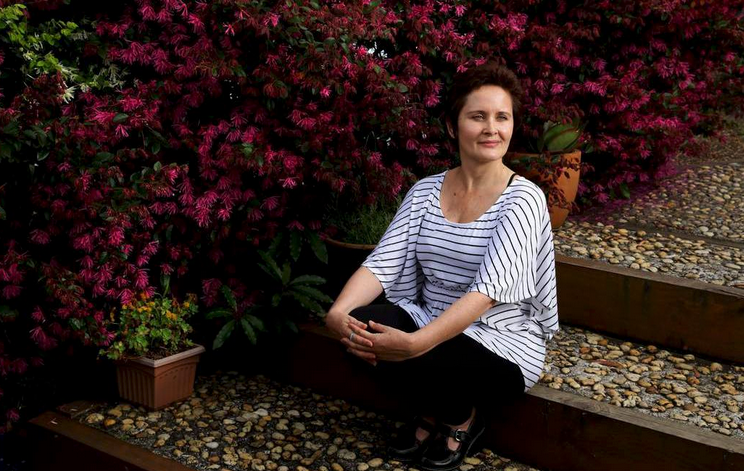