The youngsters all have a rare and serious form of epilepsy and sufferer severe seizures up to 80 times a day.

The fits mean sufferers are unable to stop themselves falling to the ground.

Great Ormond Street Hospital in London is taking part in a global trial involving a total of 225 people, aged two to 55, with the results being put before regulators early next year.

Initial findings have shown the drug, which is a derivative of cannabis with the psychoactive element removed, can reduce the number of daily seizures by almost half.

Professor Helen Cross, a neurologist at Great Ormond Street, is leading the UK arm of the trial involving 15 patients, the youngest of which is five.

She said: "The results have been extraordinarily good, with patients having many seizures a day having their fits reduced to a handful.

"If this drug works on one of the most extreme forms then we believe it should work for patients with other types."

The drug, Epidiolex, is being used to treat two rare forms of epilepsy, called Lennox-Gastaut syndrome and Dravet syndrome, which occur in 7,500 individuals, including almost 2,000 children.

The conditions start in childhood, typically between the ages of three and five.

Cambridge-based GW Pharmaceuticals, which makes Epidiolex, are hoping regulatory authorities in Europe and the US will give the drug approval in the next two years.

Prof Cross, one of the UK's leading paediatric neurologists, added: "It is devastating for families and patients when a child or adult has so many seizures in one day.

"The seizures they experience are different to a normal epilepsy seizure.

"These patients have 'drop seizures', where they just fall to the ground.

"They have to be watched all the time because they can end up suffering head injuries."

No one knows exactly how Epidiolex works to stop seizures but it is believed to dampen the excessive electrical activity in the nervous system that triggers attacks.

Prof Cross said: "One of our biggest challenges in epilepsy is treating the thousands of patients with drug resistance. Even a few fits a day are enough to wreck a child's education or stop an adult holding down a full-time job." 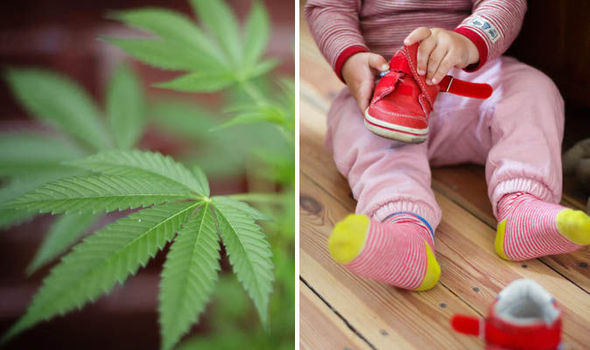 Oct 20, 2016
Katelyn Baker
K
J
Cannabis As Treatment For Epilepsy Is One Step Closer To Being OK'd