According to a groundbreaking new medical study of 30 patients with ADHD, all 30 reported improved concentration and sleep as well as reduced impulsivity after using medicinal cannabis. These 30 patients all reported having limited success with conventional treatments like Ritalin and Adderall.

22 of the 30 patients opted to forgo their previously prescribed medications and use marijuana to manage their symptoms instead.

It's a small sample group, yet it's an incredibly positive development.

"Cannabis appears to treat ADD and ADHD by increasing the availability of dopamine," said Dr. David Bearman, a cannabinoidologist. "This then has the same effect but is a different mechanism of action than stimulants like Ritalin and dexedrine amphetamine, which act by binding to the dopamine and interfering with the metabolic breakdown of dopamine."

Basically, cannabinoids in marijuana might correct dopamine shortages in the brain that's seen with people who have ADHD. Right now, Colorado and California are the only two states that allow prescription of medical marijuana to treat ADHD. With any luck, more studies like this one will move more states to allow treatment. 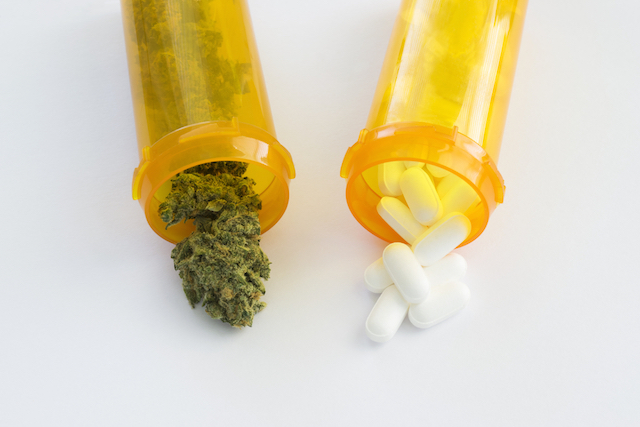